With This Harry Potter Christmas Village, You Can Create Your Own Christmas Magic 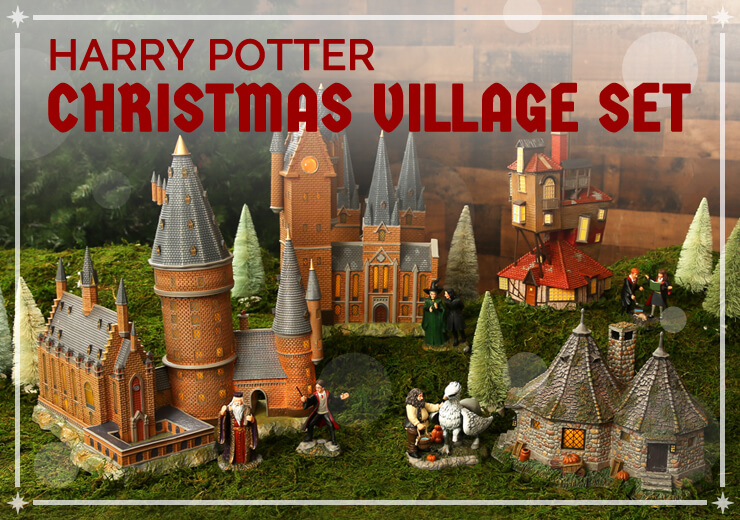 Christmas is a magical time of year. Decorations pop up all over town, snow glitters in the light and families and friends come together and celebrate. Fans of the Harry Potter series know that their favorite witches and wizards don't leave the magic of Christmas to muggles. They deck the Great Hall, break out the butterbeer and even sing some Christmas carols with Dumbledore. While our own homes may not have the splendor of Hogwarts, you can create your own miniature Christmas magic with this collection of Department 56 Harry Potter Christmas Village replicas. 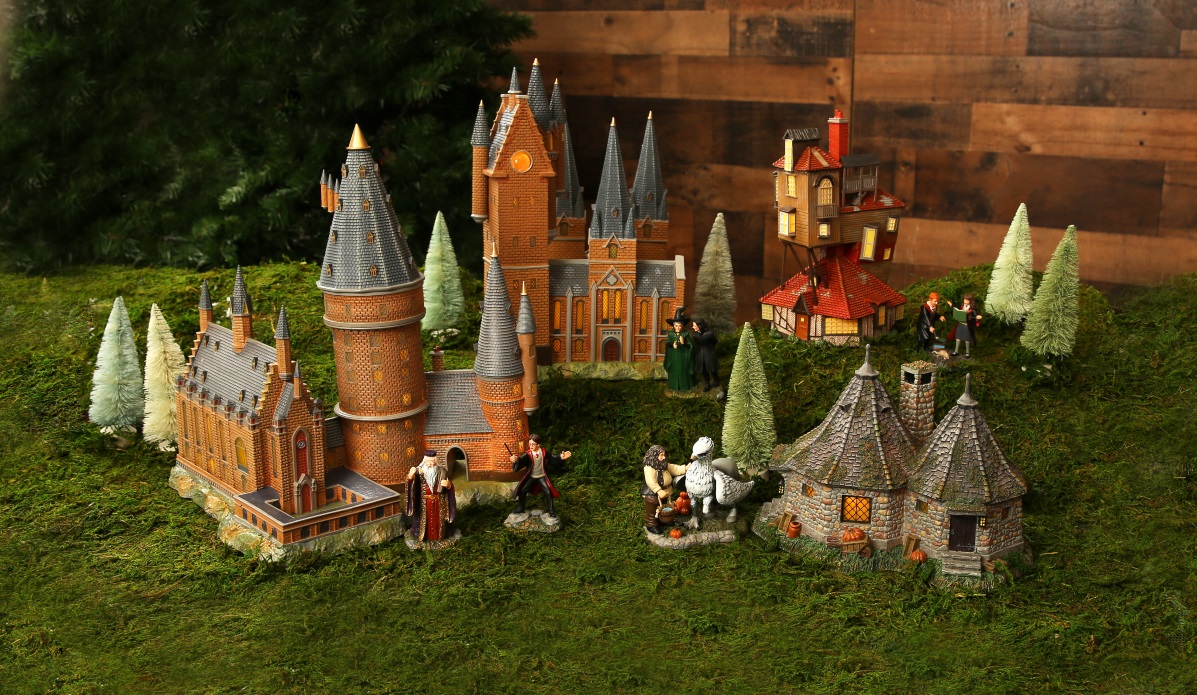 Harry Potter fans of every age, rejoice! You can now find the Department 56 Harry Potter village at Fun.com. You can arrange a series of landmarks and figurines to recreate your favorite scenes, or customize them however you want. Collect replica buildings like Hagrid's hut, Ollivander's Wand Shop or the great Hogwarts school itself. A series of figurines are also available, with characters like Harry, Dumbledore, Ron and Hermione. We'll introduce you to the buildings, figurines and other items from this Department 56 Christmas village available below.

It's tough to start any Harry Potter adventure without good ol' Hogwarts. Who could forget the countless shenanigans that filled its great halls? Permanent sticking charms, Bertie Bott's Every Flavour Beans, Fred and George Weasley—honestly, this list could go on and on. There's no better place to start your Harry Potter Village than the main school building itself!

The astronomy tower building at Hogwarts is the tallest of them all. (Which makes complete sense.) Perfect for stargazing and studying the planets and other items in space via telescope, this same tower became notable for several other events in the Harry Potter series. Just like the Great Hall building, the Astronomy Tower also lights up with LEDs. You can almost see the students taking their O.W.L. exams!

You can also buy Hagrid's charming little hut. Complete with lighted windows and even little pumpkins on the premises, this cozy cabin reminds us of all the adventures that Harry, Ron and Hermione shared with their beloved teacher, Hagrid. Whether they were hatching dragons, aiding an ailing Ron or going to assist Hagrid in the Forbidden Forest, many memories were made and shared here.

While some might wonder if the magical world of Harry Potter had building permits, the dilapidated structure of the Weasley home simply adds to its charm. (Thankfully, magic was able to make do with otherwise appalling engineering issues.) You can continue to expand your Harry Potter Village collection by adding this delightful little structure to your setup. A large family needs a large house!

Harry Potter wouldn't quite be himself without his trusty wand. You may already have taken an online quiz to figure out your own wand length, wood and core, but who wouldn't want the entire wand maker's building for themselves? You might not have unlimited access to magical wands, but the warm lighting and charming structure will add a cozy vibe to a Harry Potter-themed Christmas village. 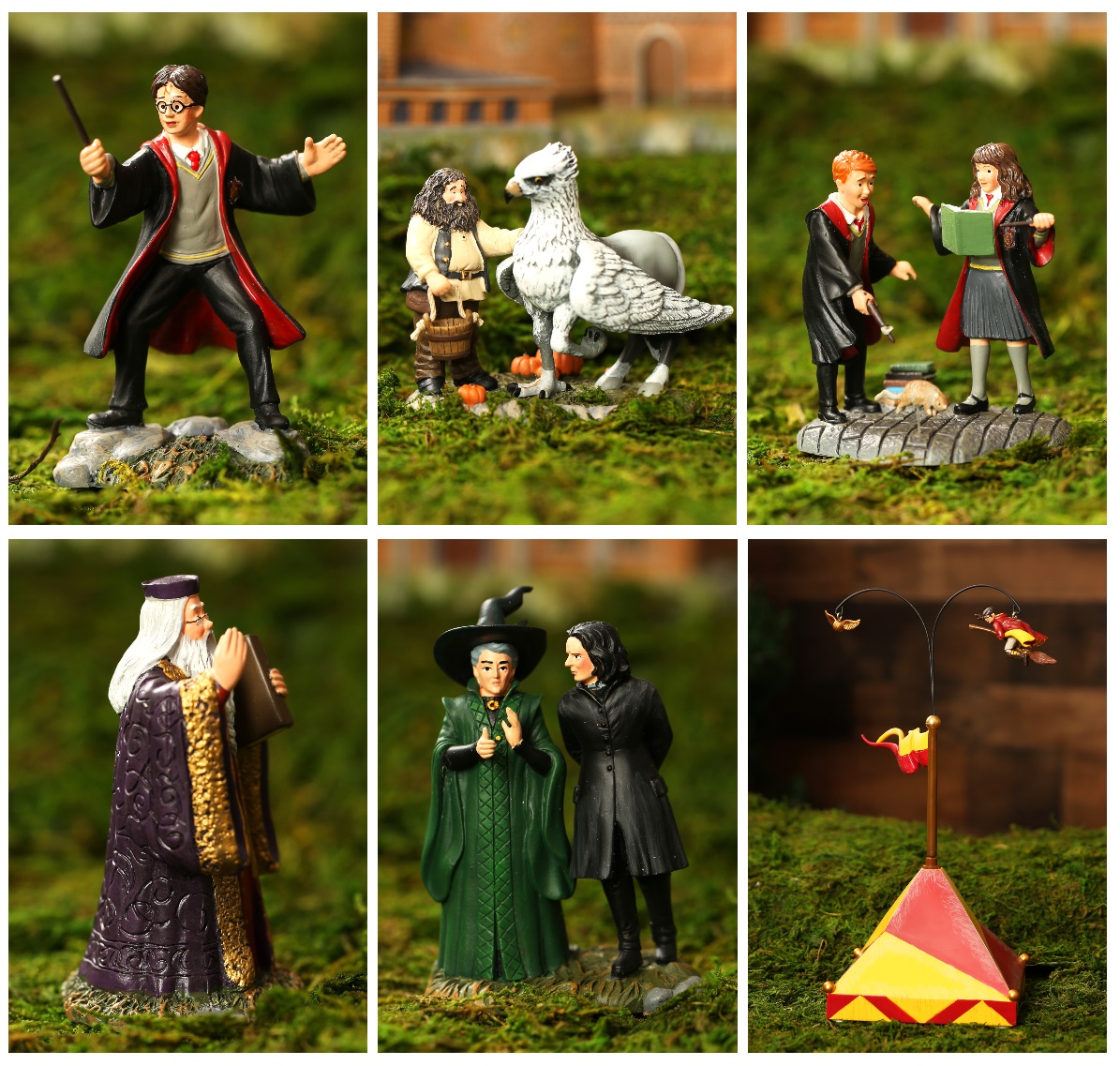 No Harry Potter Village would feel complete without a couple of residents! These Harry Potter figurines will feel right at home in your village set-up. Whether you're a fan of the main three or you have a special place in your heart for some of the Hogwarts teachers, you can pick and choose the figurines that you want to customize your scene. There is even one figurine of Harry Potter's famous snitch-chasing scene that is sure to put smiles on everyone's faces.

We hope you enjoyed taking a tour through our Harry Potter Village collection! There are also plenty of other Harry Potter collectibles here at Fun.com. What are some of your favorite places in Harry Potter? Have you figured out where you'd belong at Hogwarts? Let us know in the comments! If you like pop culture Christmas villages and you're looking for a few other ideas, you can always check out the Christmas Vacation set or our Nightmare Before Christmas items!