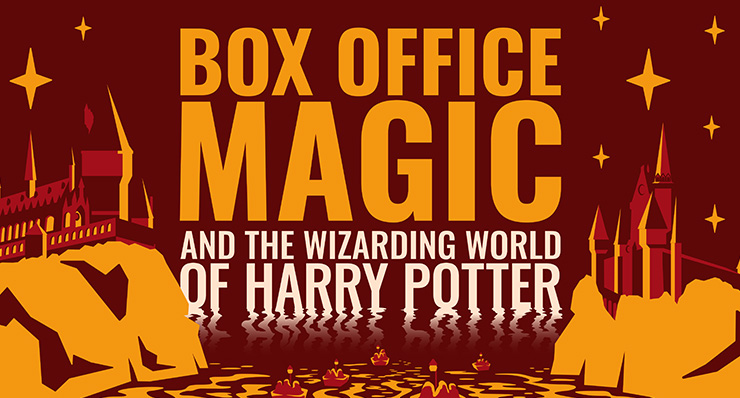 The careers of Daniel Radcliffe, Emma Watson, and Rupert Grint skyrocketed when Harry Potter and the Sorcerer's Stone premiered in November 2001. The film was a major success and made $32.3 million on its opening day, breaking the United States' single day record previously held by Star Wars: Episode I - The Phantom Menace. Though this was only the beginning! The subsequent films continued to be record breakers and collectively generated $7.2 billion at the box office.

In 2010, the magic came to life when the Wizarding World of Harry Potter opened in Universal Studios theme parks and has been said to contribute to a 38% increase in park attendance.The series went on to become a major Broadway hit with Harry Potter and the Cursed Child. In the UK, the script sold more than 680,000 print copies in three days, which at the time made it the fastest-selling book since Harry Potter and the Deathly Hallows. Keep reading on for more fun facts about the franchise's box office success, along with other interesting revenue-related numbers!

Profit in Other Media:

Which Harry Potter book was your favorite? If you haven't read them all, we carry the Harry Potter box set in our Harry Potter gifts. If you're more of a film fan, how many midnight premieres did you attend? Do you plan on seeing Fantastic Beasts: Crimes of Grindlewald later this year? Let us know in the comments below!