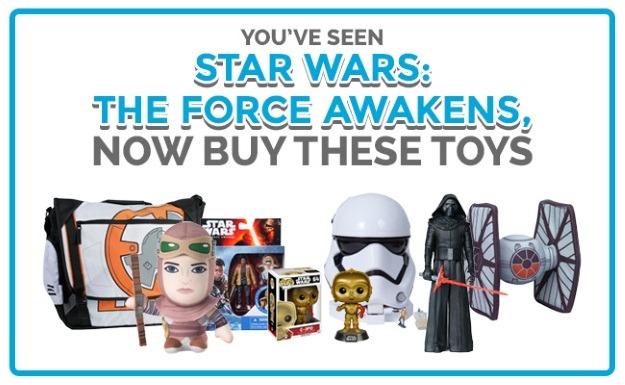 We're going to go out on a limb here and assume that you saw Star Wars: The Force Awakens. It's a safe guess. Most of the world did. As one of the highest grossing films of all time, The Force Awakens is not only raking in the cash at the box office, but also at the toy store. Star Wars has been one of the most successful film franchises in harnessing the power of licensing and branding. A new Star Wars movie means the Star Wars characters will be slapped on just about any product imaginable. There are some questionable items out there with the Star Wars logo emblazoned on it, though, so we've set out to help you sift through the pile with this handy list. We've broken down our favorite Star Wars products into easy-to-understand categories: Heroes, Villains, Vehicles, and Robots. From Finn to the First Order, from Rey to Ren, now that you've seen The Force Awakens, grab some of these toys! 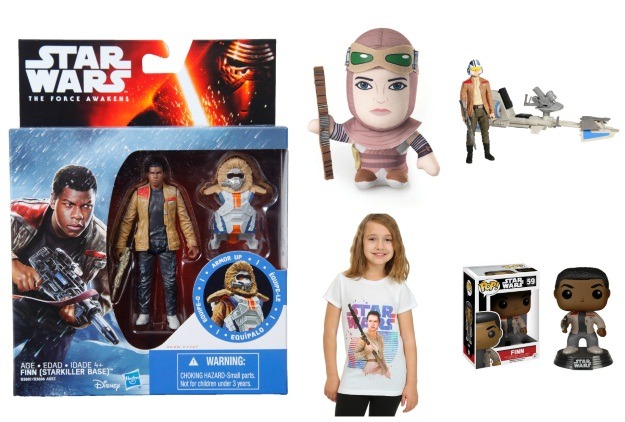 Star Wars: The Force Awakens introduced a new, young cast of heroes out to save the galaxy. Rey, Finn, and Poe find themselves thrown together in a hastily put together plot to take out the Starkiller base and save their friends. Veteran heroes Han Solo, General Leia Organa, and Chewbacca return to the film, but the emphasis is on the fresh faces. The popularity of the Rey character has made her products hard to find, but we've got various plush dolls and t-shirts featuring the strong scavenger turned Jedi-in-training. Finn and Poe are also featured in action figures and bobblehead collectibles, perfect to keep in the box or take out and play with! 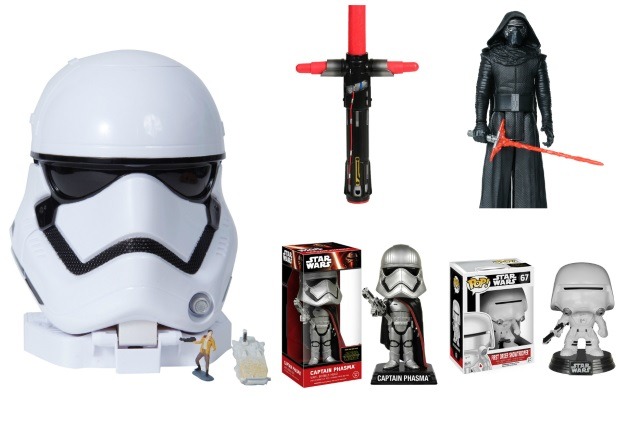 The bad guys have always been extremely popular in the Star Wars universe. Darth Maul and Darth Vader were used as the most prominent faces (or helmet) in much of the early Star Wars merchandise. The Force Awakens is no different, with the cruel and mysterious Kylo Ren being one of the most popular new characters. From his dark shroud and menacing mask to his unique lightsaber, Ren is the central villain of the new Star Wars saga. The Stormtroopers and Snowtroopers also returned to the new film, featuring a sleek new look. With her reflective, silver and chrome armor, Captain Phasma had a small role in the film, but is incredibly popular for being one of the first female villains in the Star Wars films. Look for her to show up in episodes VIII and IX. 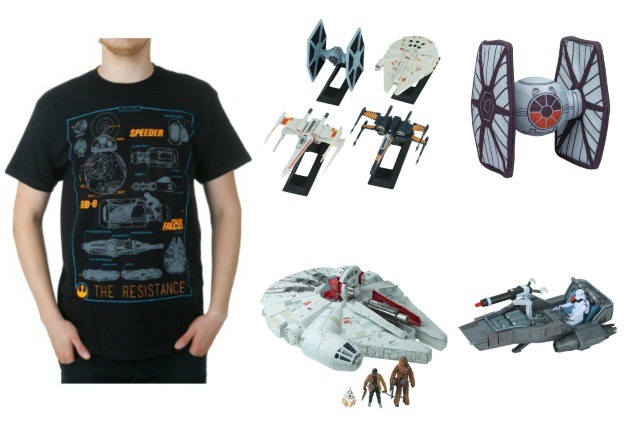 Outer space dog fights between galaxy-hopping vehicles that shoot lasers is an important part of Star Wars. As it should be, there are big, intense space battles in The Force Awakens, with many of the popular vehicles making their return, with slight modifications. The TIE Fighter, X-wing, and Millennium Falcon all have major screen time in the film. One of the new vehicles is the snowspeeder, a cold weather vehicle used by the First Order on the Starkiller base. Show your love for all the crazy Star Wars vehicles with one of our t-shirts, miniature, diecast collectibles, or action figure sets. 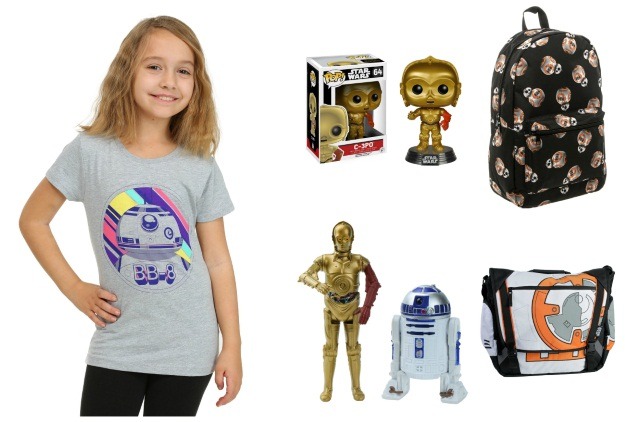 The droids and robotic companions in the Star Wars universe often act as the Shakespearean chorus for the films. They act as explainers and an easy entry point for the viewer into the wide and crazy Star Wars world. Longtime favorites C-3PO and R2D2 make a small but important appearance in The Force Awakens, with new droid BB-8 stealing all the thunder. Everybody loves this lovable, rolling ball droid. Get a BB-8 emblazoned t-shirt, backpack, or messenger bag, or stay with the tried-and-true original trilogy robots with these awesome Star Wars robot collectibles, toys, and apparel.

Which Star Wars category do you find yourself leaning toward? Do you feel the pull of the villains and the dark side? Do you fight for peace in the galaxy with the heroes? Do you identify with the reliable Star Wars robots and droids? Or would you rather be flying above it all in one of the many Star Wars vehicles? From apparel to action figures to collectibles and costumes, we've got a wide array of Star Wars toys to choose from over on Fun.com. Find the perfect item to display on your desk, play with on your coffee table, or give to that special Star Wars someone!

Gentry is an Inbound Marketing Specialist at Fun.com. What’s fun for him? Mulching large piles of leaves with a lawnmower (the sound is so satisfying), leveling up his JRPG characters to 99 (grind, grind, grind), collecting pieces of plastic assembled in China to resemble Star Wars characters, watching vinyl records spin (listening to them is cool too) and doing tricep extensions.