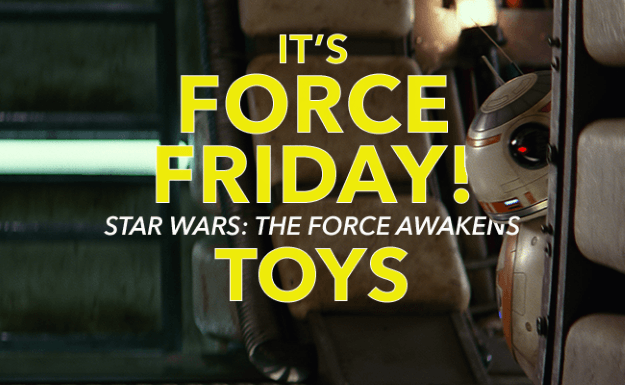 Truth be told, there’s nothing like a hard day’s work of “researching” new Star Wars toys. Star Wars: The Force Awakens opens in theaters on December 18, but Force Friday is today! This is the day that Disney and Lucasfilm is releasing all the new merchandise. There’s clothes, costumes, accessories, but our favorite, of course, is the toys! We’ve received a small fraction of the Episode 7 merchandise we’ll have at FUN.com, but we wanted to show you what we have so far!

Hasbro’s Black Series has been popular for quite a while now among collectors who want higher quality figures. The pieces we have include 6” figures of five of the characters, which include weapons, and 10 mini-ship models, also known as the Titanium series, which come with clear display stands. There are some classic characters and ships, like Chewbacca and the Millennium Falcon, and some new ones, like Rey, Finn, BB-8, and Kylo Ren, with his red crossguard lightsaber. 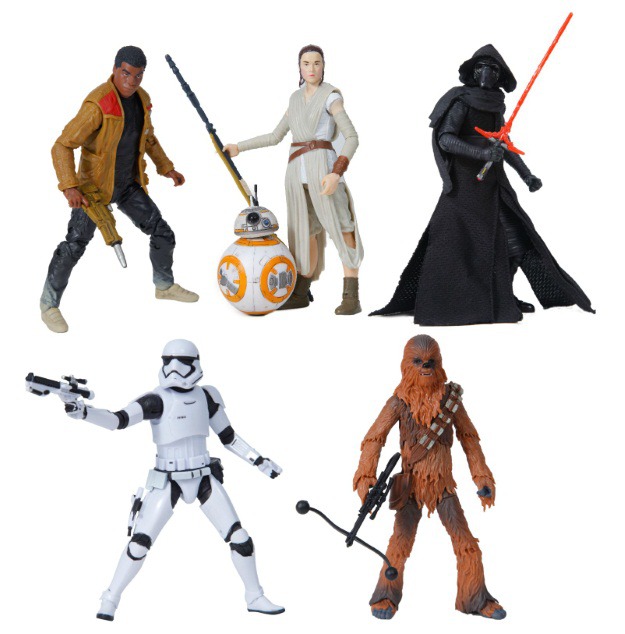 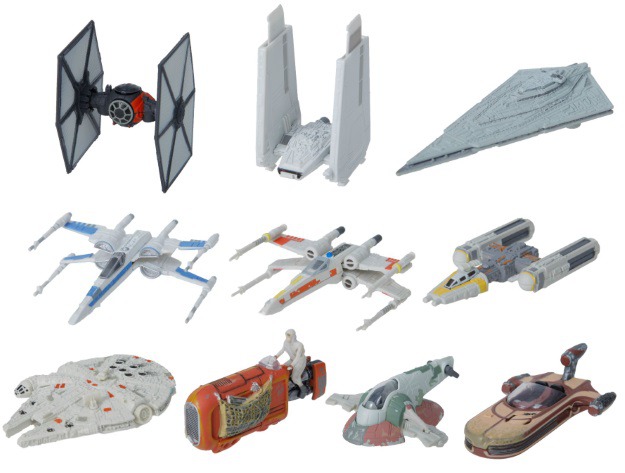 There are also a few different series of Hasbro toys for The Force Awakens. There’s a group of figures in the Build-A-Weapon line, where each individual toy comes with a piece to create a separate toy. There’s also the Armor-Up line, where each toy has a piece of armor, like a chest plate, that attaches to the figure. 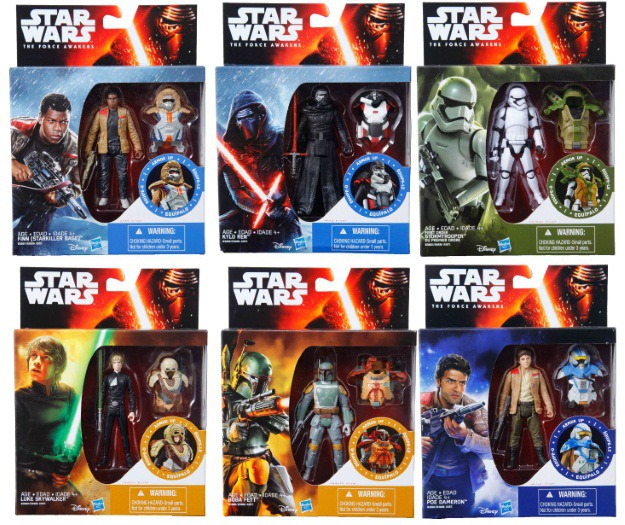 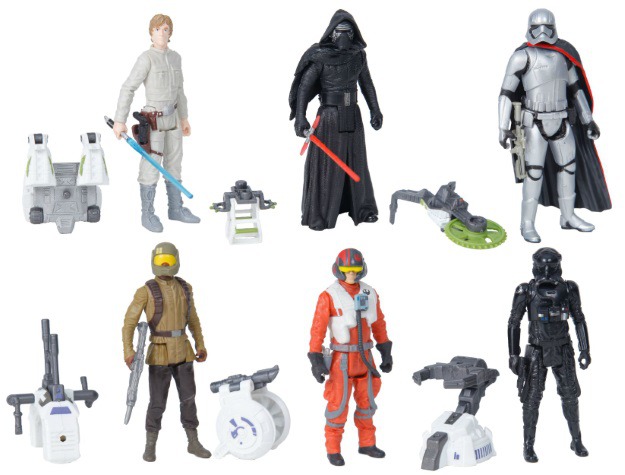 Micro Machines are just as they sound – super small! These Star Wars toys have tiny, little ships with tinier, little people figures to go with them. Micro Machines has also released some battle sets, and we have the R2-D2 and First Order Stormtrooper playset. Each comes with mini-vehicles and micro-figures inside. We also have 9 sets of Micro Machine vehicle 3-packs, featuring scenes from the movies. 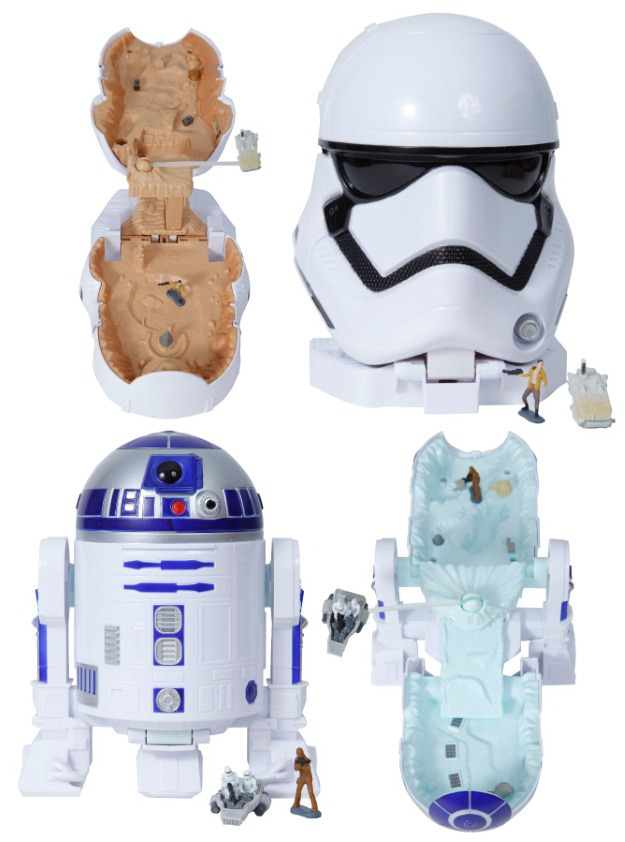 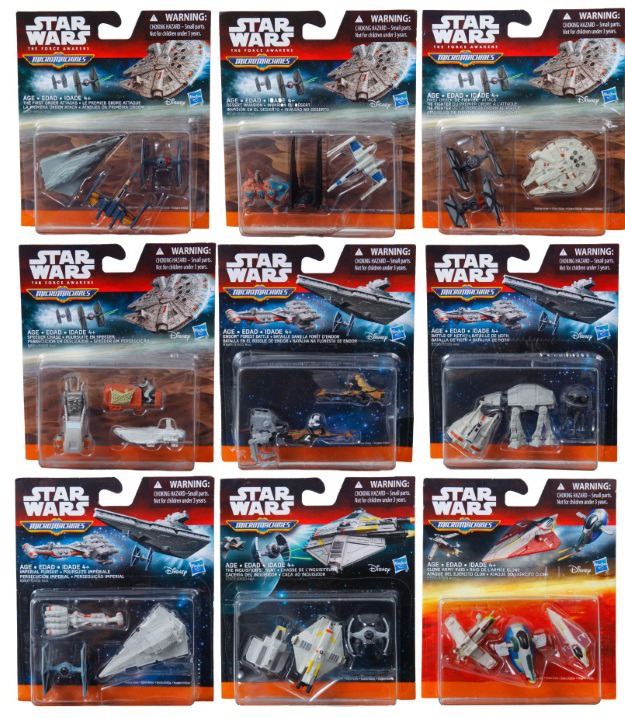 Last but not least, an incredibly popular item at the Fun.com offices – a Star Wars Nerf Gun, with Star Wars branded Nerf bullets. They’re even have the First Order logo on them! This one is the First Order Stormtrooper Blaster. You know you want it. 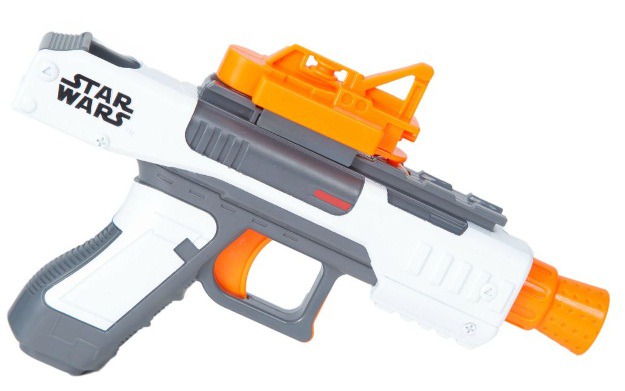 If this got you excited for the movies, make sure to keep your eyes peeled for what else we have in store! You can keep a look out at our Episode VII Star Wars: The Force Awakens gifts section or just our general page for all of our Star Wars toys for all the new The Force Awakens items that we’ll get from now until December 18th.