30th Anniversary: Power Up with this Dragon Ball Z Q&A

It has been 30 years since the Dragon Ball Z anime aired on Japan’s television in 1989. We are here to celebrate by offering you some of the coolest Dragon Ball Z gifts, collectibles, and costumes. We also have answered some of the top questions you’ve been dying to ask about the Dragon Ball Z franchise. For 30 years we have been following Goku and his friends as they travel around the universe in search of Dragon Balls and saving it from everyone and their momma.

Akira Toriyama is the original creator of the manga story and is responsible for the character design concepts from 1984 to 1995. His work covers 519 chapters and 42 volumes of Dragon Ball. The manga was then created into two different anime series produced by Toei Animation: Dragon Ball and Dragon Ball Z. Toei Animation has created 20 animated feature films, 3 television specials, and even two anime sequel series. Akira's creation has become one of the most well-known franchises around the world.

How Many Episodes are there of Dragon Ball Z?

To simply answer your question: a lot. To specifically answer your question: 291, sort of. Dragon Ball is the first anime and it is made of 153 episodes, spanning 194 manga chapters. But it doesn't stop there: Dragon Ball Z starts 5 years after Dragon Ball ends and squishes 325 manga chapters into 291 episodes! This brings the total to 444 episodes for the original Dragon Ball and Dragon Ball Z story. Even with each episode having a run time of just under a half hour, we think that's still a long time to binge-watch the original series, but if you try, we won't tell anyone!

When Did Dragon Ball Z Come Out?

Dragon Ball Z started as a manga that was released in 1984 in the weekly Shonen Jump. Two years later, Toriyama’s story was picked up by Fuji Television in Japan. They created the Dragon Ball anime and released it on February 26th, 1986. Three years and 153 episodes later, the anime ended on April 19th, 1989. But of course, we know that wasn’t the end of the franchise. The following week, Fuji Television continued with the second installation, Dragon Ball Z, which first aired on April 26th, 1989 and lasted until January 31, 1996! DBZ Kai was then released on April 5th, 2009, lasting until June 28th, 2015.

What is DBZ Kai?

Some of you may have heard or even watched DBZ Kai, also known as Dragon Ball Z Kai. This is essentially “Dragon Ball Z Revised.” DBZ Kai follows the manga closer than the Dragon Ball Z anime. Because Toriyama was only partway through his Dragon Ball manga, Toei Animation's anime version had to create many filler episodes so that Toriyama could catch up with this writing. This is why we were blessed with episodes like "Goku's Ordeal," where Chi Chi forces Goku and Piccolo to get their driver's licenses. Toei Animation announced Dragon Ball Z Kai would be released in April 2009 after Dragon Ball Z’s 20th anniversary. DBZ Kai reduced the episode count to 159 in Japan (167 internationally) from originally 291 episodes of DBZ.

How Old is Goku?

Dragon Ball Z follows many characters throughout the series but develops the main story around the protagonist, Goku. He is a Saiyan named Kakarot who was sent to earth by his parents when he was 3 years old. An old man named Gohan finds the child alone in the woods, renames him Son Goku, and adopts him as his grandson. Goku grows up to be about 12 when he is initially introduced in Dragon Ball. He trains and fights his way to find all the Dragon Balls so that he can make a wish to the almighty dragon, Shenron. At the end of Dragon Ball, Goku is 19 years of age. Of course, as we know Dragon Ball Z begins 5 years later when Goku is 24 years old. Dragon Ball Z continues to follow Goku and his friends and family over the years as they level up their power to save the different universes.

Similar to Marvel's Hulk, Goku's clothes are always blown to smithereens when he fights or goes Super Saiyan. So what is that outfit even called? Goku's outfit is based on the Turtle School uniform from Master Roshi's martial arts training school. He wears what's called a gi. If you've never seen the anime and only the black and white manga, you may be wondering, "What color are Goku's clothes?". Well, his clothes feature two main colors. First is his orange gi which is a loose tunic and pants. He pairs this outfit with a blue undershirt, blue wristbands, a blue obi that he ties around his waist, and blue boots. Here at Fun.com, we've obtained exclusive licenses to create official Dragon Ball Z costumes for adults and kids. You can dress up just like your favorite Dragon Ball Z characters for Halloween, cosplay, or even just hang out in your living room sofa while binge-watch the entire show again.

What Does the Symbol on Goku's Shirt Mean?

Goku's gi features a round kanji, or symbol, on the front and back of his clothes. When he is younger and training at Master Roshi's Turtle School, his yellow and black gi features Master Roshi's "Kame" or "Turtle" design. A second kanji is displayed on Goku's gi when he begins to train under King Kai. His new "King Kai" kanji is a large black and white symbol on the back of his gi. Goku's third symbol is his own "Go" kanji, taken from his name. It also means "enlightenment" He wears this symbol through the Frieza Saga in Dragon Ball Z. The fourth and final symbol is from Dragon Ball Z: Resurrection F, the nineteenth film based on the Dragon Ball franchise. This new symbol is Whis' own signature worn by both Goku and Vegeta while they train under him. 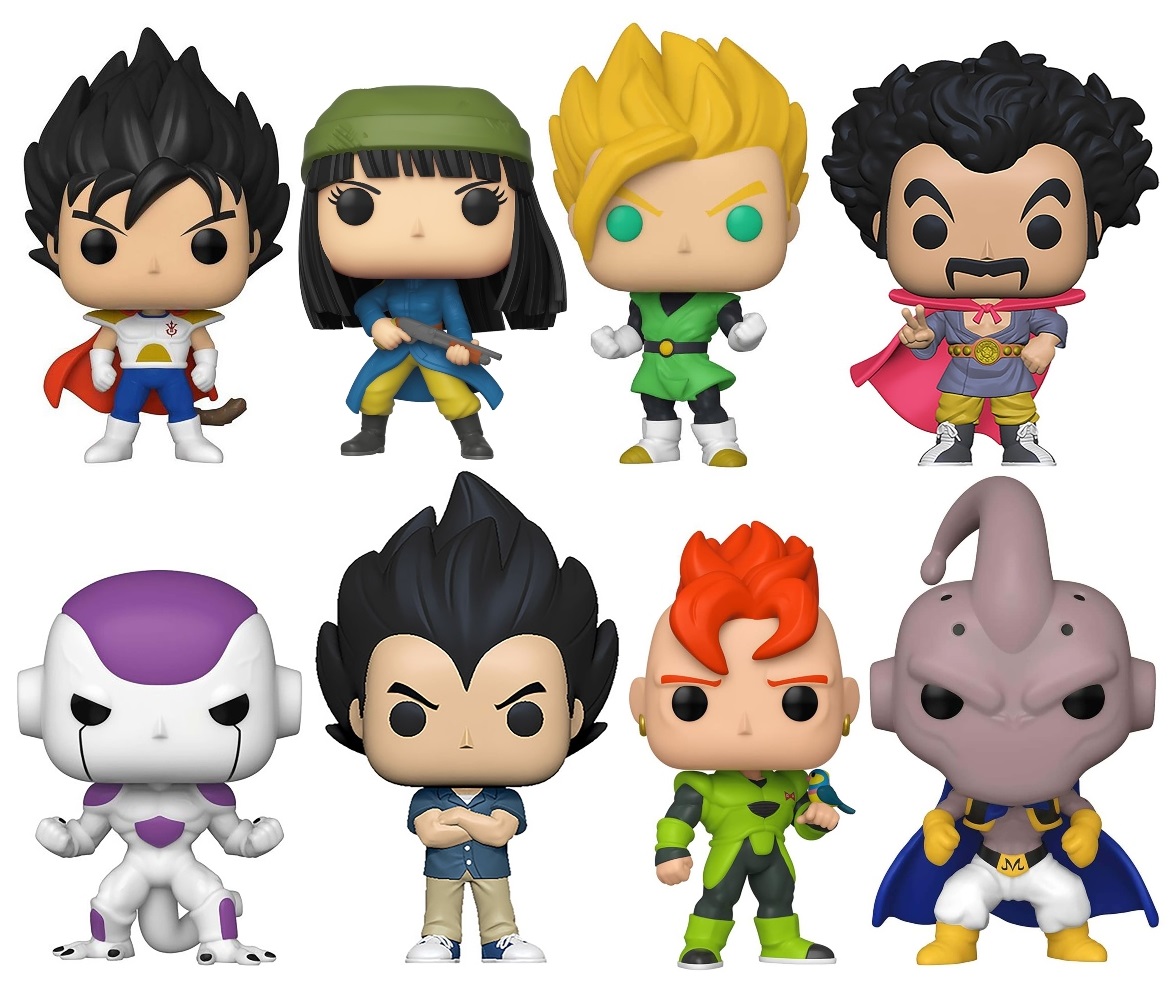 With Dragon Ball Z's 30th anniversary, Funko has also provided us with these brand new 2019 Dragon Ball Z Funko POP! vinyl figures. From Kid Buu to Chi Chi, you can shop your favorite characters at FUN.com! Start your Funko POP! collection off right with main characters like Goku and the Saiyan Prince Vegeta. You can expand your collection with Goku's son Goten and wife Chi Chi. Of course, we even have evil villains like Kid Buu or Frieza. Complete your collection with supporting characters like Nappa and Videl, Gohan's wife. 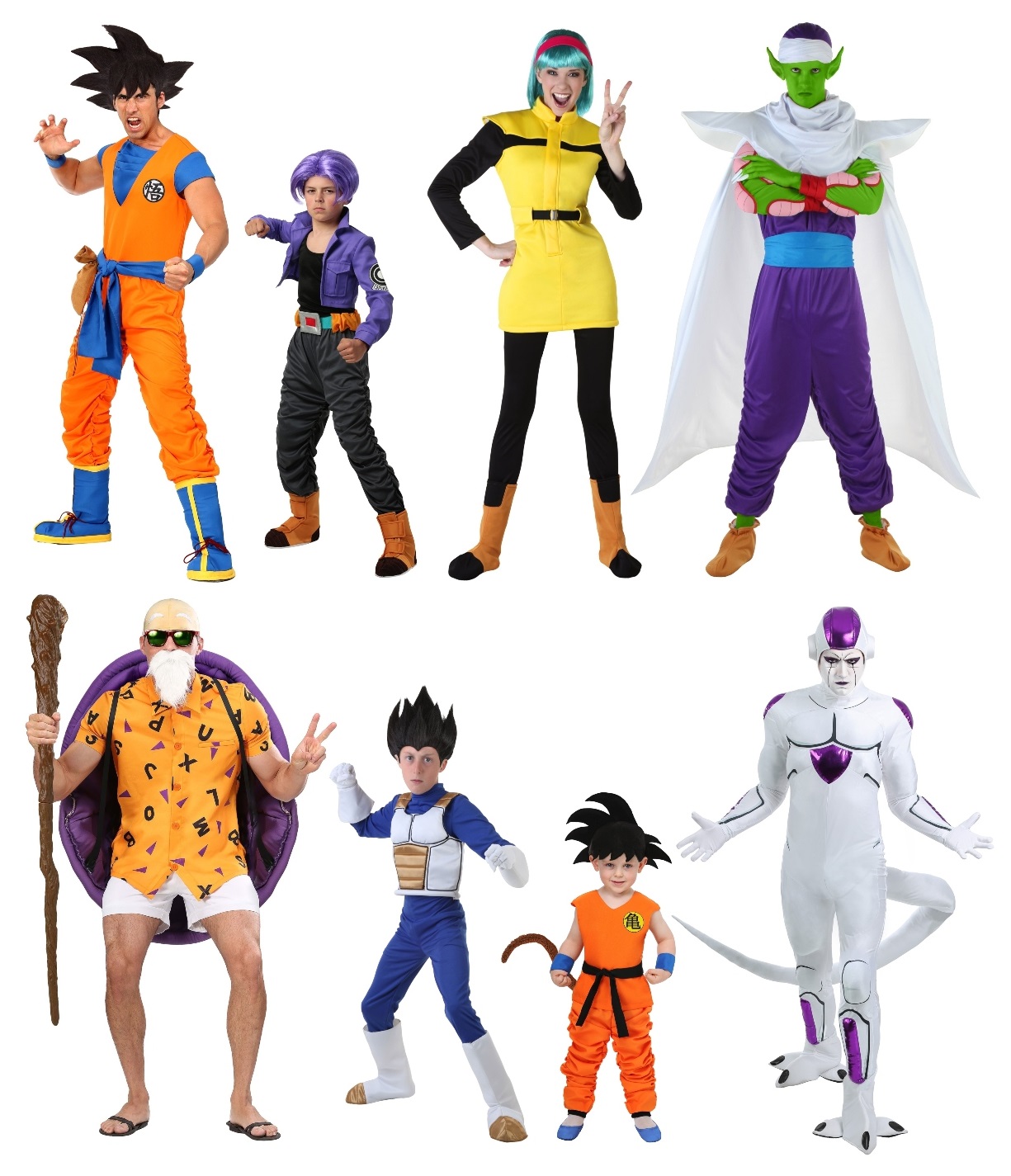 Are you a Dragon Ball Z fan, sitting there reading this blog in a t-shirt and jeans? We know that's not your final form, so we've got you covered. Whether you need a costume for Halloween or even to cosplay, we have exclusive Dragon Ball Z costumes from Piccolo to Master Roshi! Or you could always choose your favorite Saiyan Prince, Vegeta. We even have Dragon Ball Z kids costumes of Goku and Bulma.

Did we answer all your questions about Dragon Ball Z? How will you celebrate the 30th anniversary of one of the most popular animes ever? Let us know down below in the comments! And be sure to check out all of our Dragon Ball Z gifts!

Kassy Juarez is an SEO Specialist at FUN.com. She follows pop culture around the world, and keeps up to date with SEO trends. Kassy enjoys traveling the world, dancing a two-step, and drinking tequila. You can find her on Twitter @KassyJuarez1.