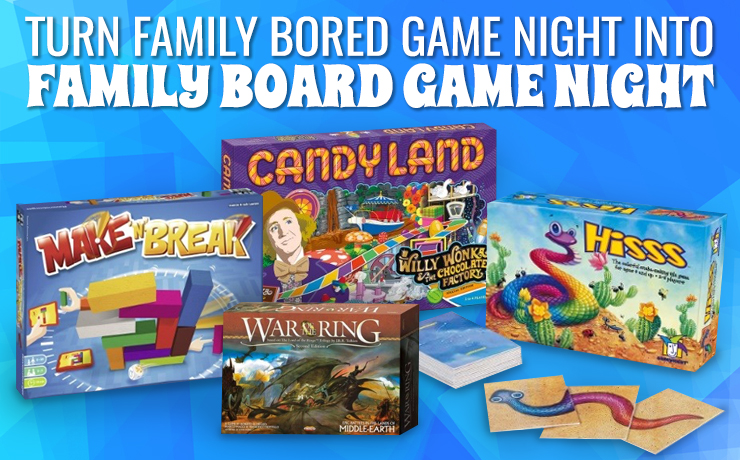 Family board game night evokes a broad spectrum of emotions from joy and triumph to frustration and confusion. (The latter tends to occur when you have that game of Monopoly that just refuses to come to an end. We have all been there!) If you're looking for some new games to try with your family or some fun and nerdy spins on classic old board games, you have come to the right place. There are a variety of board games to play, from board games for young children to board games for teens and young adults. (There are even some more difficult strategy games perfect for nerdy, board game adults!) We are currently in the period of a glorious board game renaissance so there are oodles of good games to play.

It's hard to mention family board game night without talking about the classic board games that got us there. However, we like to spice things up so we're going to show you some pop culture versions of board game classics like Monopoly, Candy Land, Risk, Clue, Operation, Trivial Pursuit and even Checkers! The topics of some of these games may change the age category a little, so take that into consideration before sitting your 9-year old down to a game of Clue featuring scary animatronic creatures from Five Nights at Freddy's. (Granted, we're wondering why it took until 2018 to make a Candy Land game based on Willy Wonka and the Chocolate Factory when that movie came out in 1971, and Candy Land came out in 1949!)

Board Games for Children 5 and Under 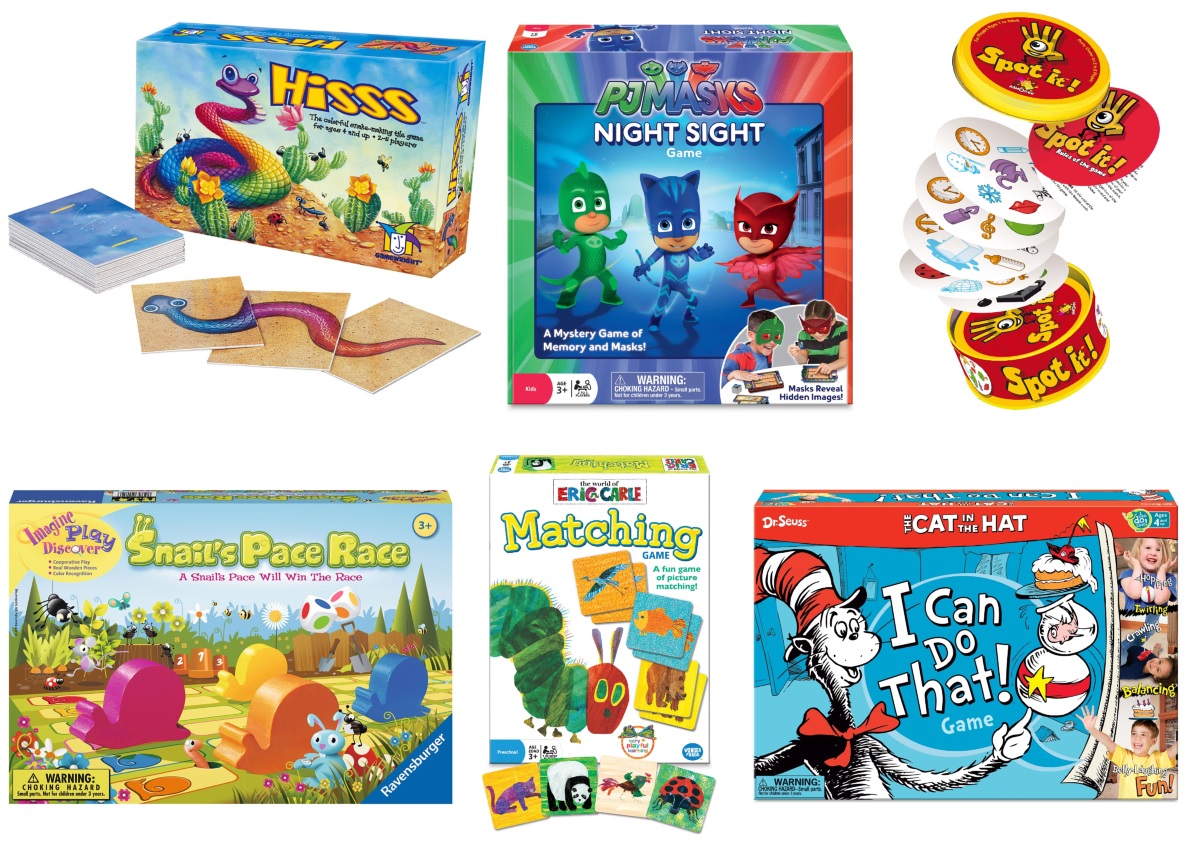 It's never too early to get your kids hooked on board games! There are quite a few board games for kids in the 3-5 age group. (We use "board games" quite liberally because some of these games are a little more similar to card games.) In any case, there is a whole host of benefits for children that play board games from family bonding to color and word association, social skills, counting, imaginative play and fine motor skills. Parents will also be grateful to break out the games so you can take a break from watching the same Disney movie over and over. 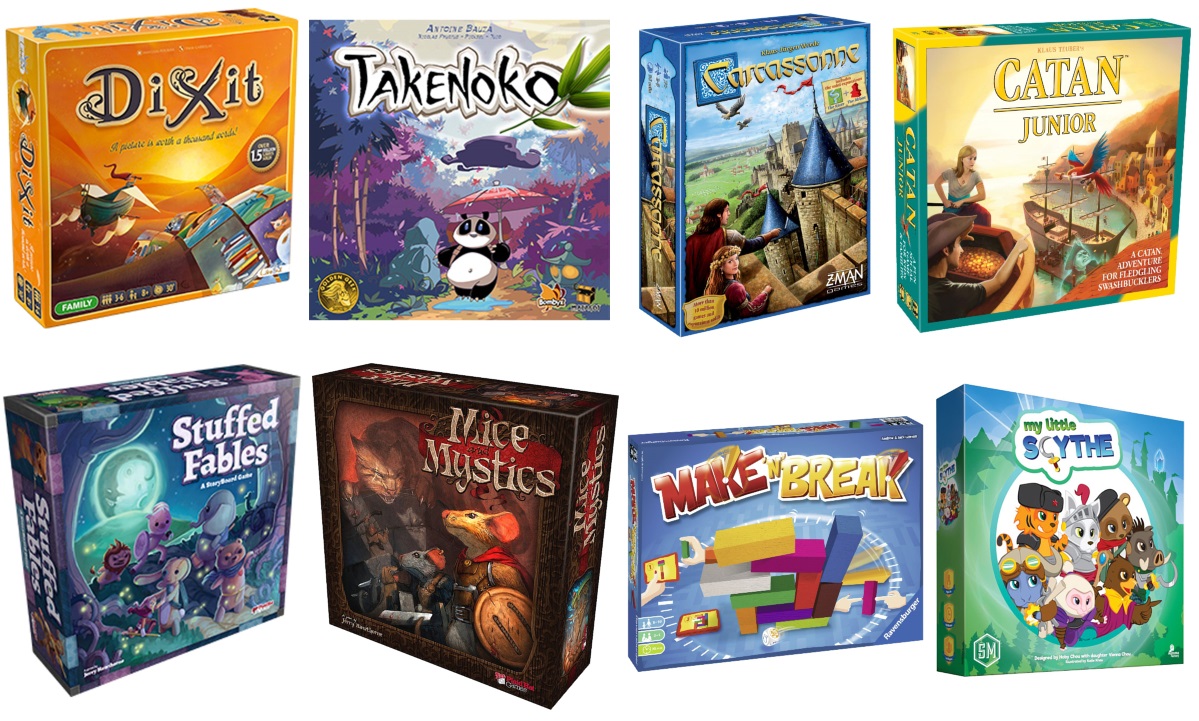 When children are able to move on to more complex board games, not only are they introduced to additional learning and problem solving skills, but the adults playing with them will find these family games more fun to play too! We picked a selection of family board games that start for ages 6-8, but they are still engaging for kids (and adults) above the age range. (These age ranges are also somewhat flexible depending on your children.) Some of these games are also junior versions of popular board games for adults like Catan Junior and My Little Scythe. It makes teaching kids to play games more fun when they can look forward to other more difficult games that their parents enjoy! Additionally, the artwork gets more complex, giving you beautiful game artwork in board games like Dixit and Takenoko. 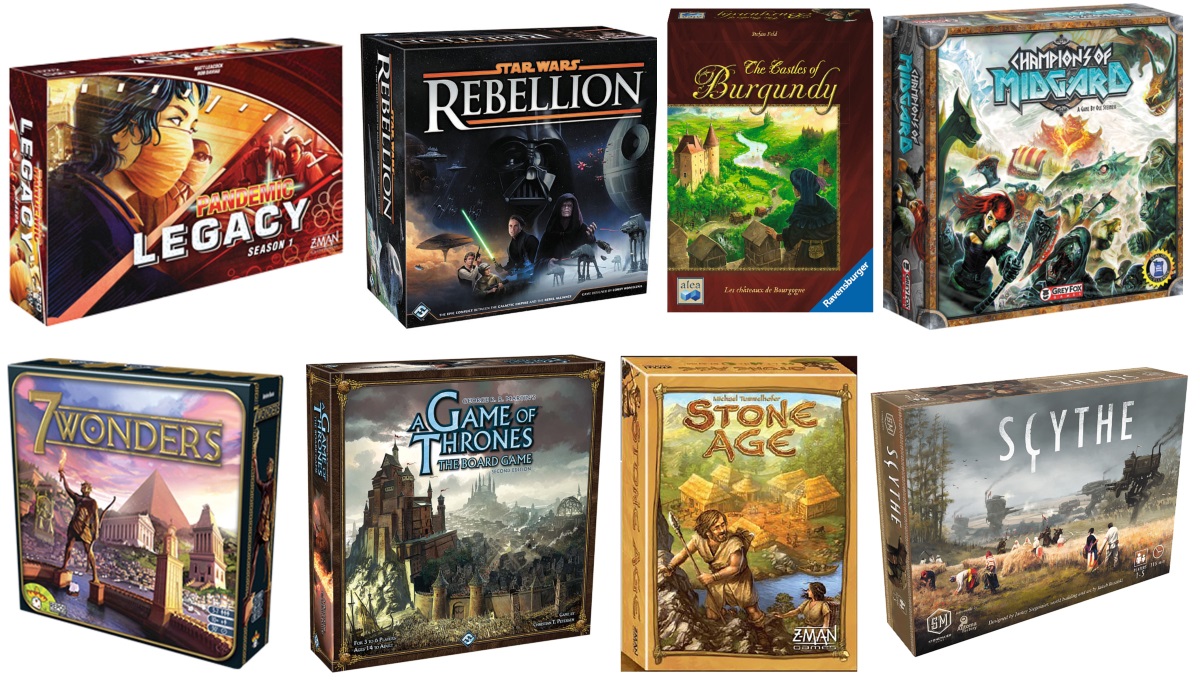 Strategy board games are some of the most popular games on the market now, if BoardGameGeek's ranking guide has anything to say about it. (Many of these games , also called "Eurogames", are in the top 50!) The great thing about strategy games is that they are largely dependent on you as the player and your ability to make decisions, as opposed to luck-based games. (When you get burned by The Game of Life or Trouble, it hurts!) Many of these games are for kids starting in the 12-14 age range and older, but this gives you a great opportunity to get back into touch with your teens. You can even bring family board game night to other family gatherings such as Thanksgiving and Christmas so the older kids and adults have something to do while the little ones play with their cousins. These games will generally take a little longer to play, but they also have time estimates for how long an average game is expected to take. (Isn't it great that modern games are thoroughly play-tested before being released to the masses?) 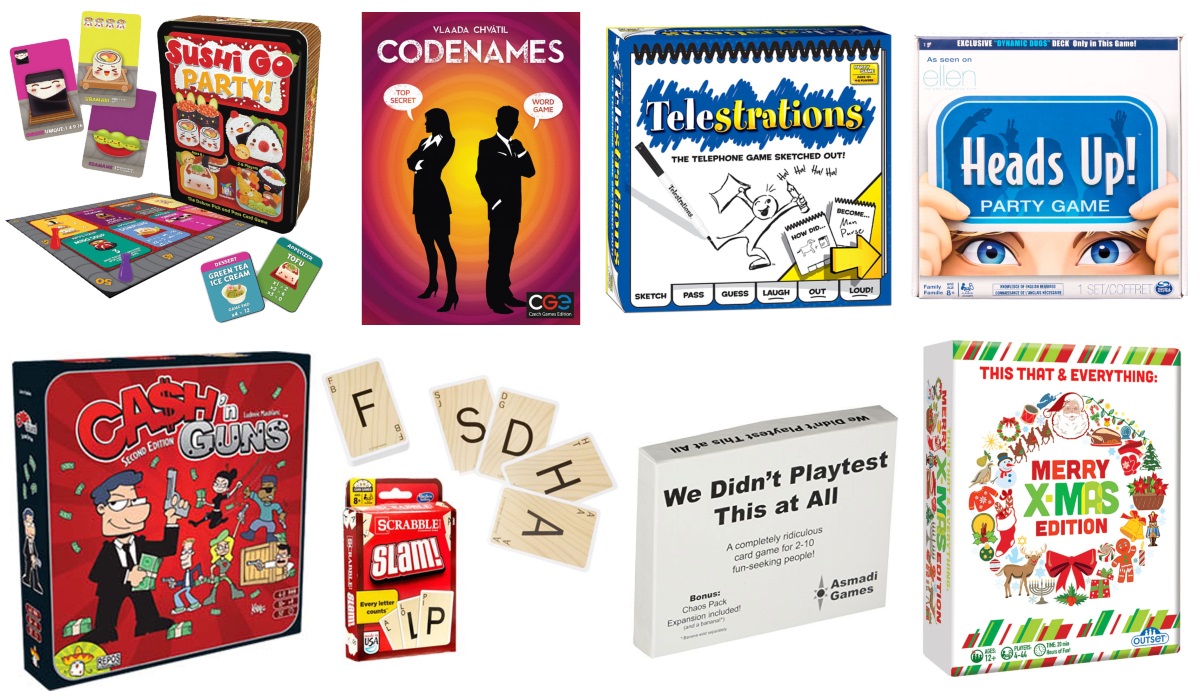 While party board games don't necessarily claim to be the best of the best and among the board game elite, they are great social games that are easy to learn. Many of these party games leave the board behind and are more like card games, but that doesn't make them any less fun! These are generally pretty easy games to teach your kids, although you may still need to pay attention to the age rating as the subject matter of some party games is more for adults than children. (Pro tip: don't play Cards Against Humanity with your kids.) Also, while some strategy games can last for a few hours, party board games are usually playable within an hour, so if you have a sore loser at your table you can play again and give them some semblance of hope that they can win in another round or five. 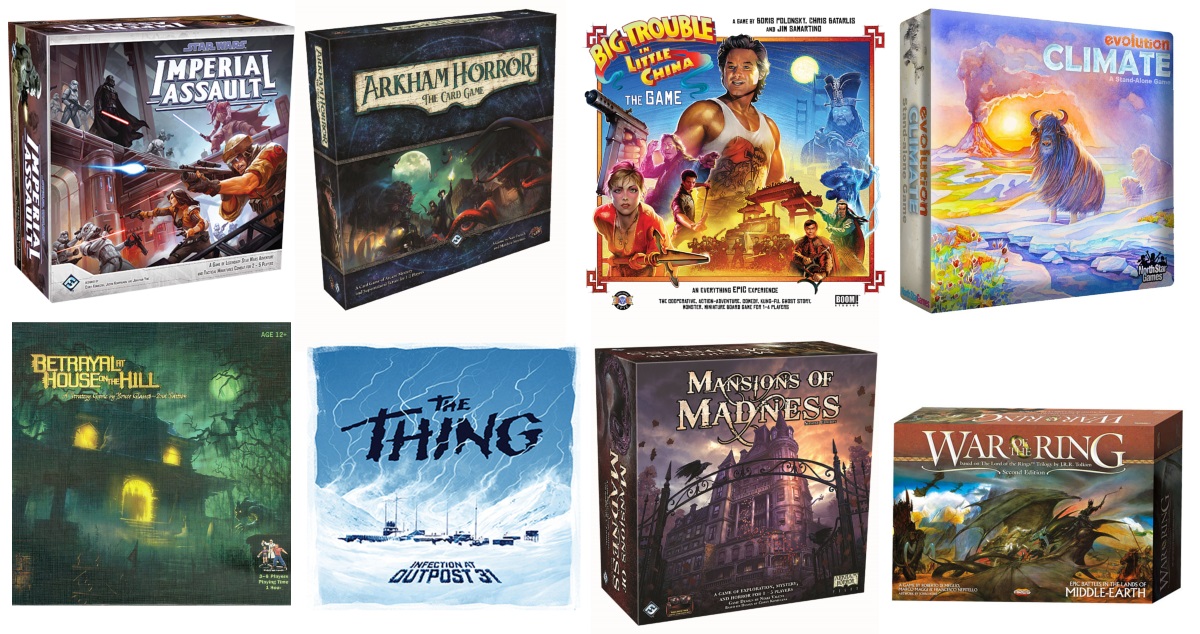 Thematic board games may have a little crossover into the strategy game or family game genres, but the main thing that sets a thematic game apart is that it operates off of a strong central theme that builds a narrative, similar to movies and novels. The age ranges for these games will vary similarly to strategy games, but your older kids will have fun with these games as they're quite different from typical fare like Monopoly and The Game of Life. The rules and gameplay are also based around the game's theme in order to help the story play out according to its narrative. Some of these games are also played with minis as you take on certain character roles. While the play style of these games may be a little different from other typical board games, people that love storytelling and heroics will love these games. (There is often a good vs. evil theme to many of these board games.) Another term for these games is "Ameritrash", and while at some point it may have meant to be used in a derogatory way, fans of the thematic board game have embraced the term along with the love for their favorite games.

We hope you're ready to get your family board game nights running, whether you have little kids or adult kids. (Hey, even friends of the family can come too if they're looking for board game friends!) Are you looking at getting started in the realm of board games? Are you already an avid board gamer? In any case, we hope that you found some fun new games to try! Feel free to share some of your board game favorites or any fun family game night stories with us in the comments. (Everyone has a now-funny Monopoly horror story, right?) Grab your popcorn and game on!