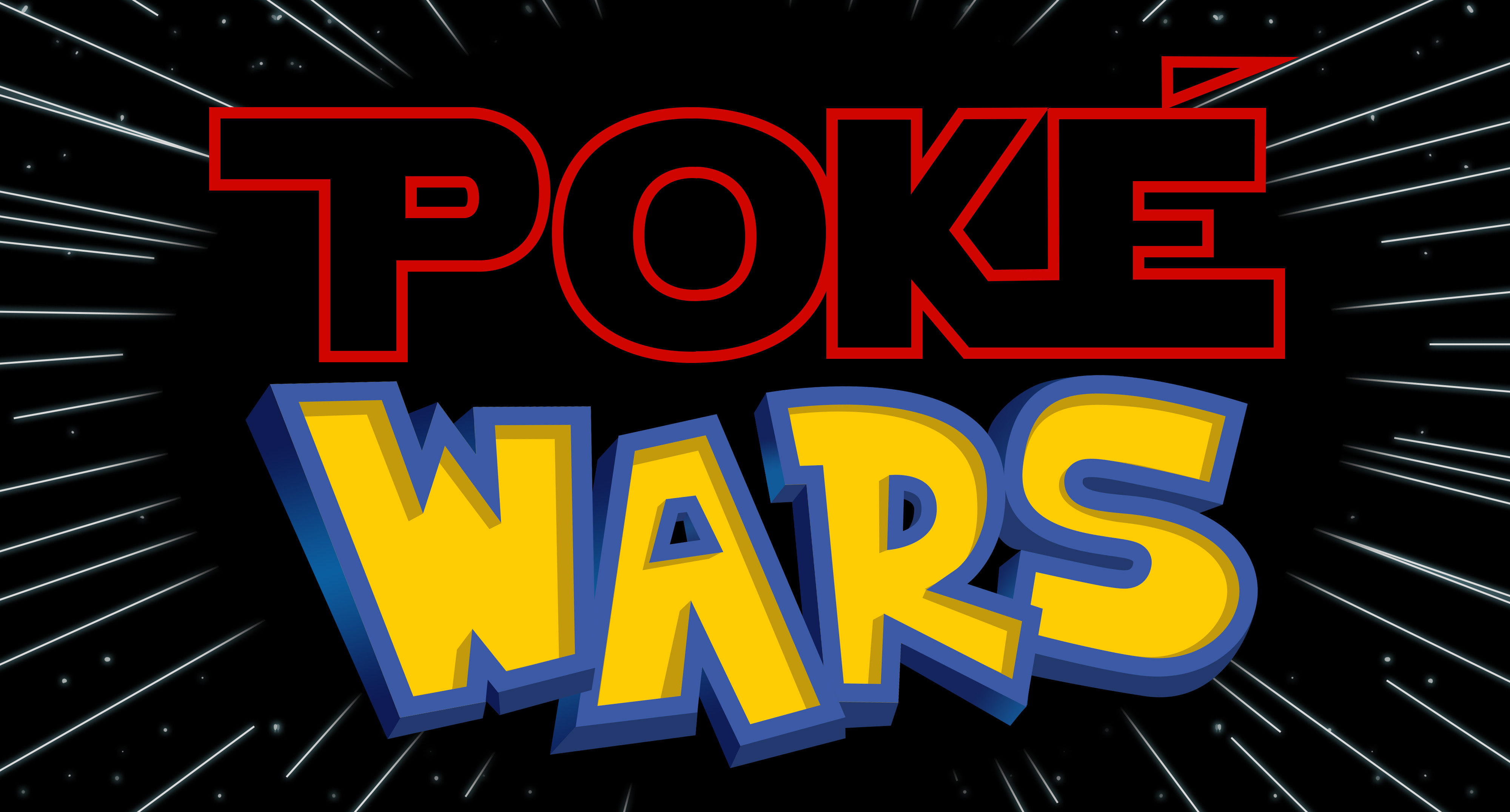 This goes without saying, but Star Wars is the biggest movie franchise of all time. Since its debut in 1977, no movie has dominated movie theaters like whichever Star Wars film was playing at the time. (Yes, even the prequels.) Since its triumphant return as a Disney property in 2015, Star Wars: The Force Awakens and Rogue One: A Star Wars Story have combined to bring in more than $3 billion from the worldwide box office. Star Wars: The Last Jedi, the latest entry in the saga, will definitely be adding to that total. And it's not only the movies: Star Wars merchandise is just as important. The day that new Star Wars toys are released is now a holiday of sorts, known as Force Friday. If there's a product that can have the Star Wars logo or characters on it, you can bet that it exists.

Of the several things that both Star Wars and Pokémon have in common, perhaps most notable is the vast number of characters. Aside from main characters, there are more than 800 Pokémon compared to Star Wars, which features countless species in its universe. Just for fun, we thought we'd illustrate some those characters from the galaxy far, far away and turn them into Pokémon. Take a look below for some of our favorites! 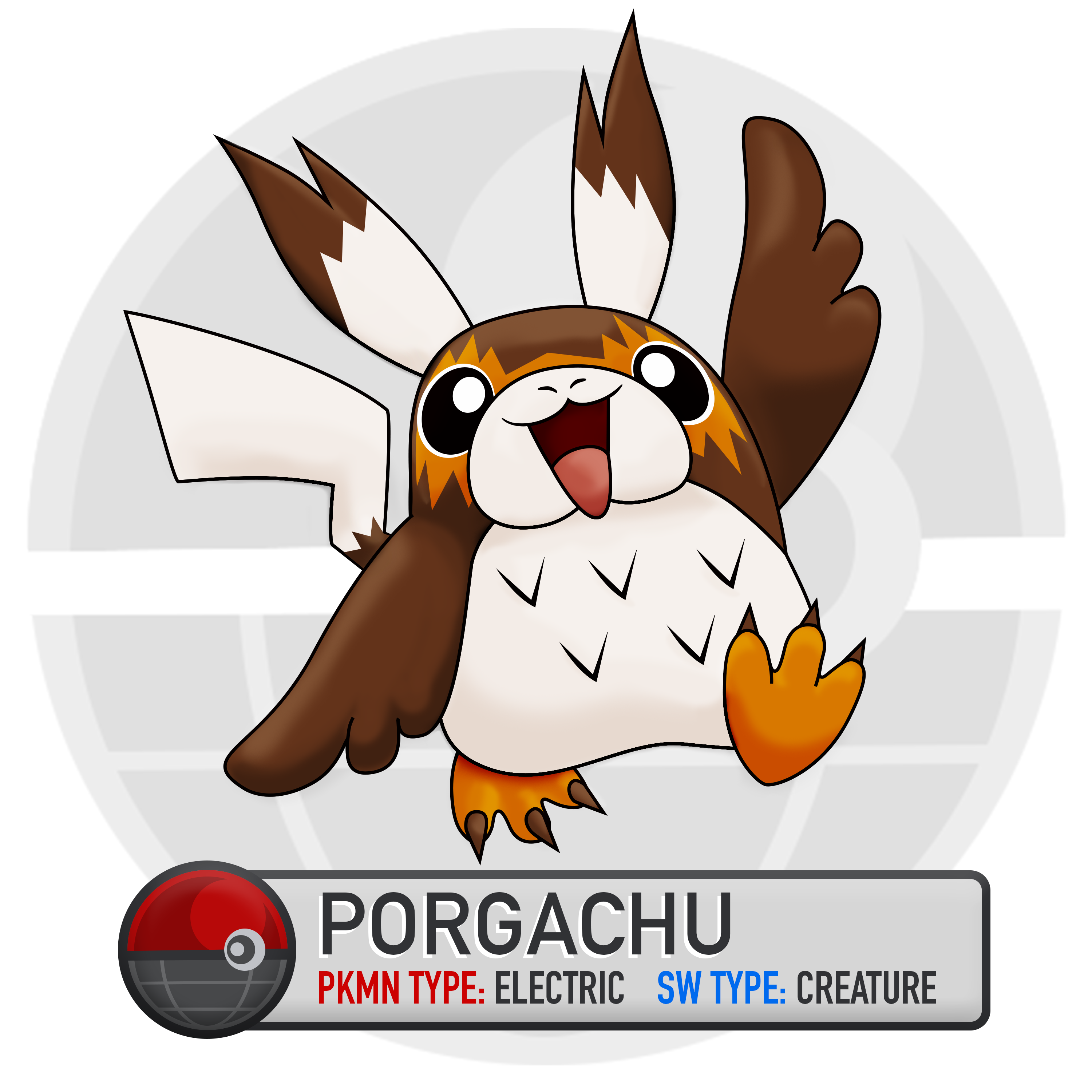 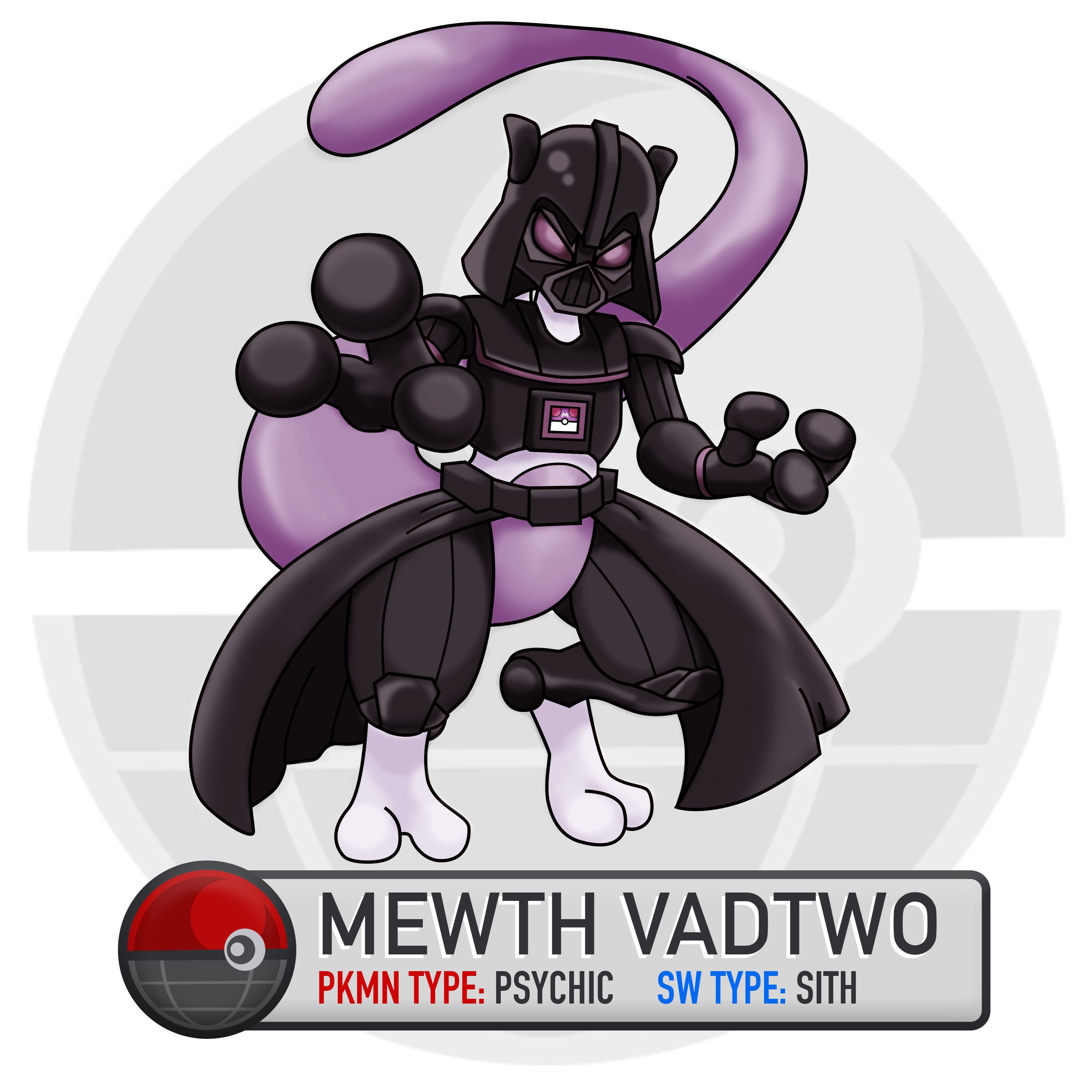 Ok, we're going to go on record and say that this Pokémon would be too evil and too powerful. 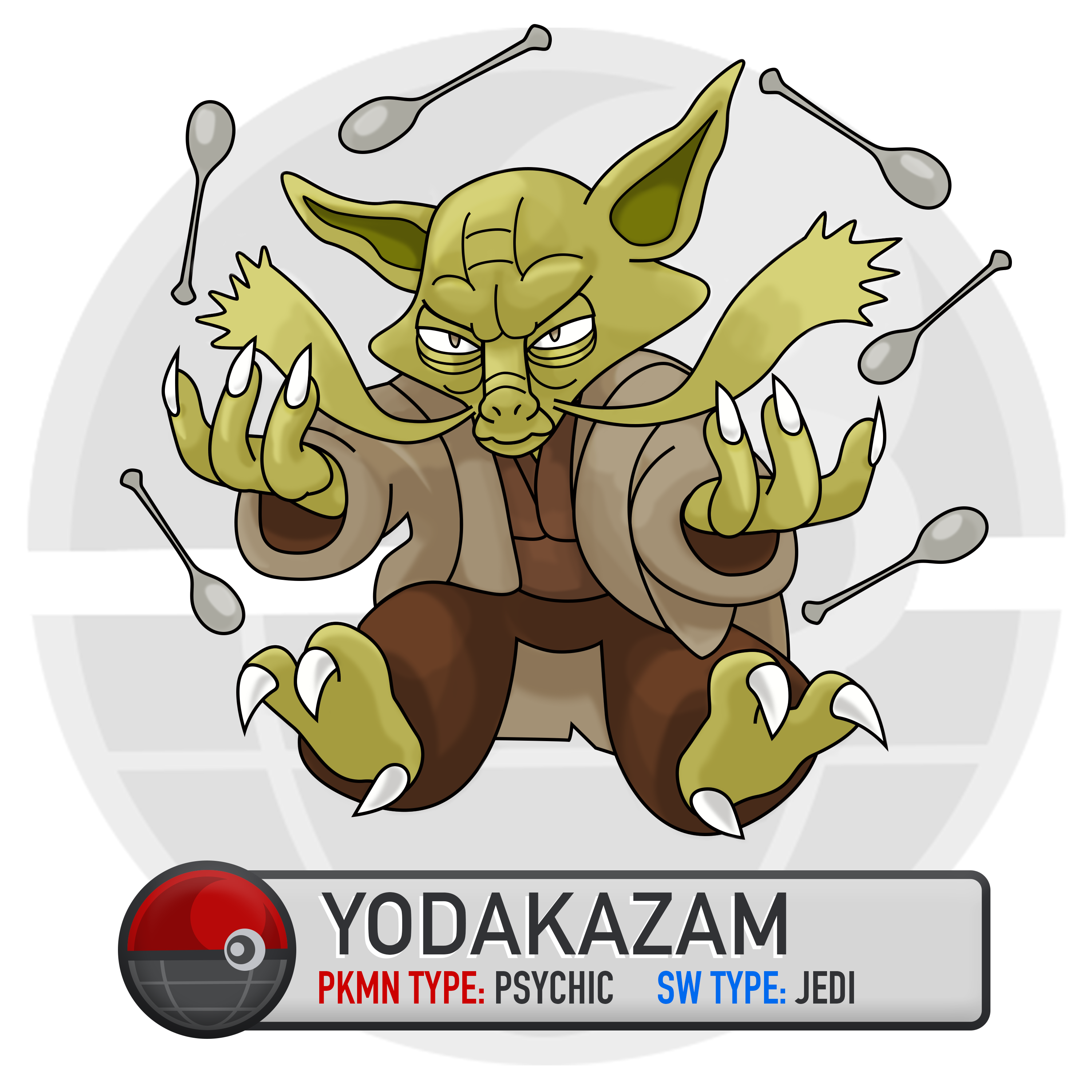 Strong with The Force, this Pokémon is. 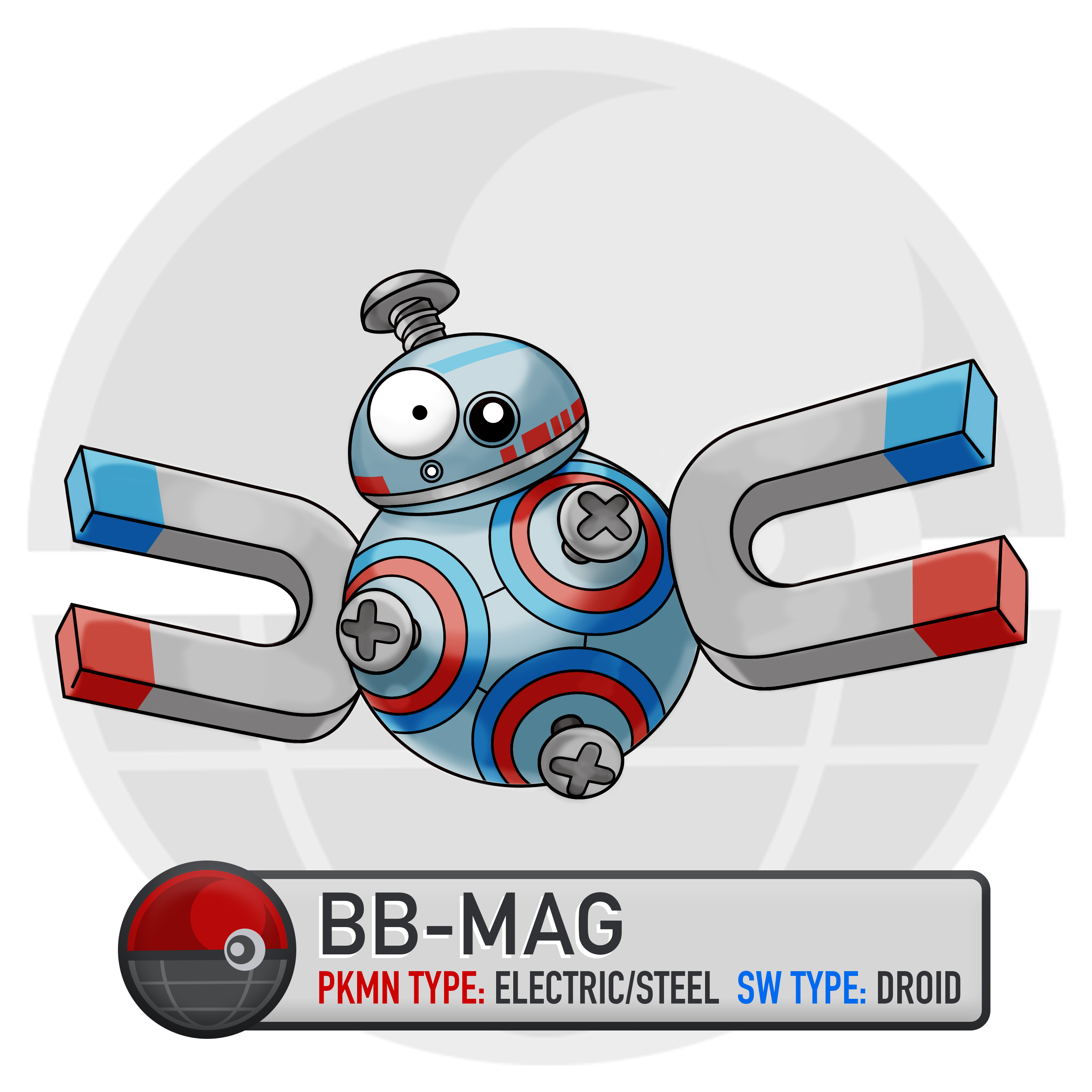 A droid that floats on electromagnetic waves seems like it might short itself out, but it does look pretty cool.

Jabba the Muk (Jabba the Hutt and Muk)

We honestly didn't think Jabba could get any more gross.... 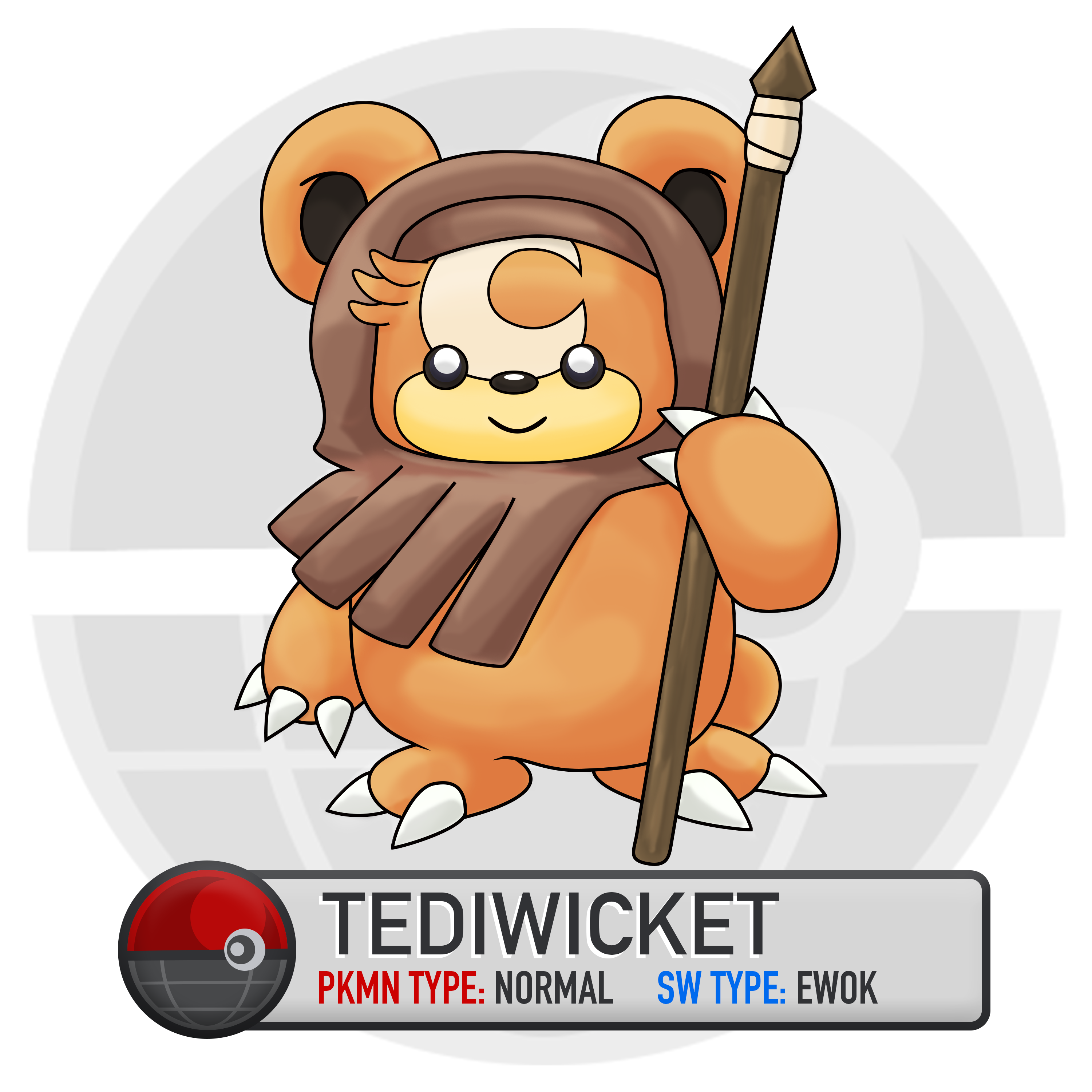 Don't be thrown off by his cuteness. This Rebel ally is ready to fight. 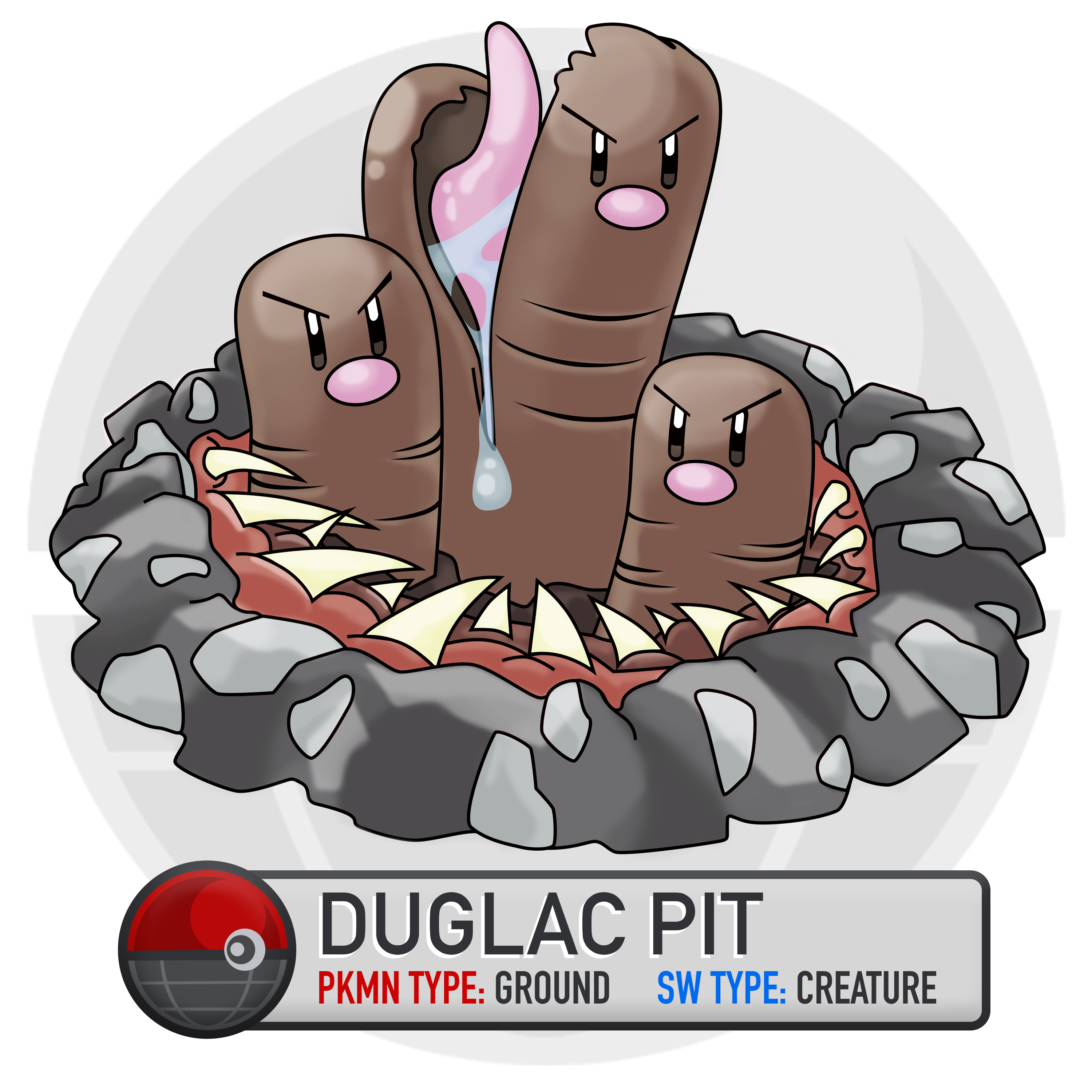 You don't want to wind up in one of these. 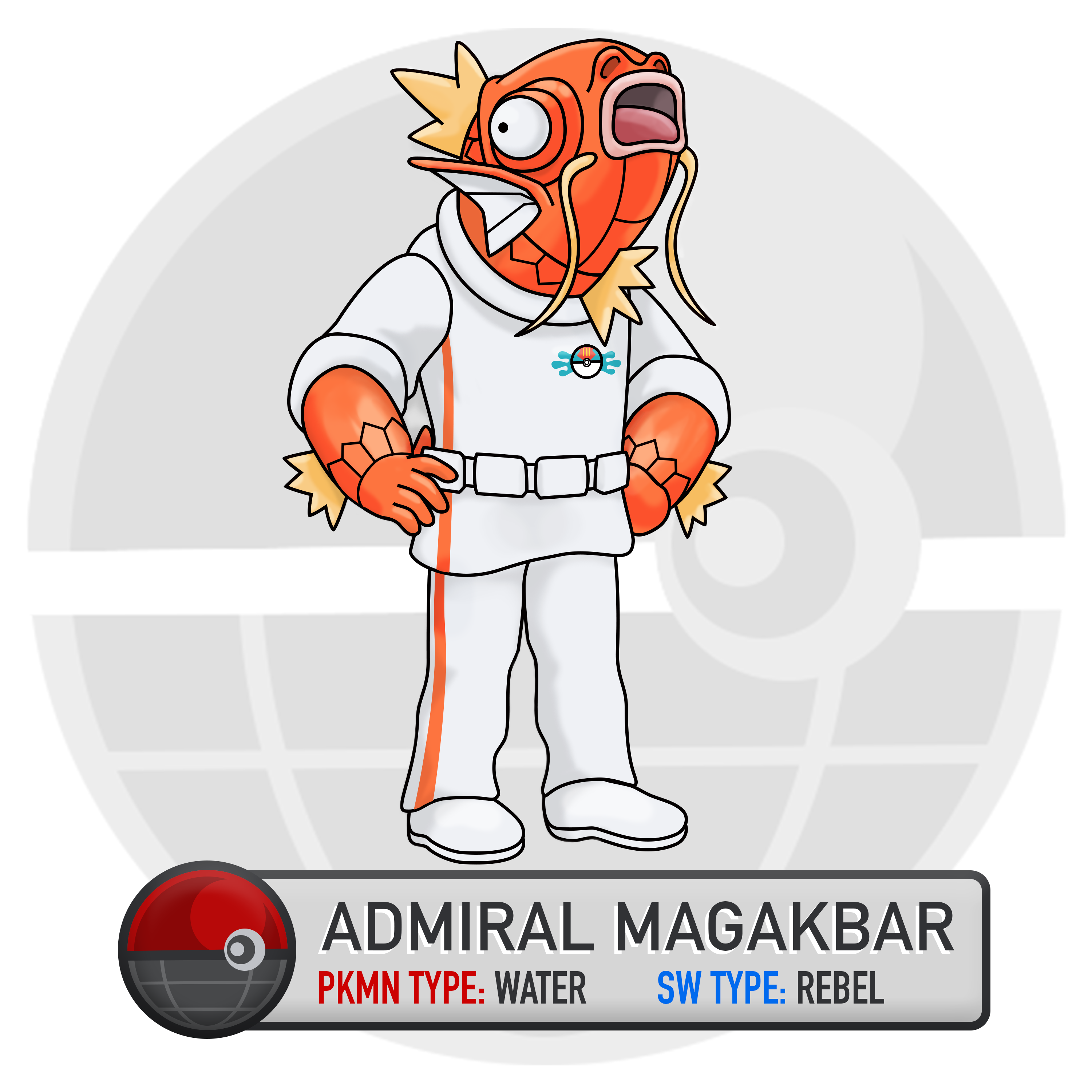 A Star Wars character based on Magikarp may seem harmless, but you should be careful. It could be a trap. 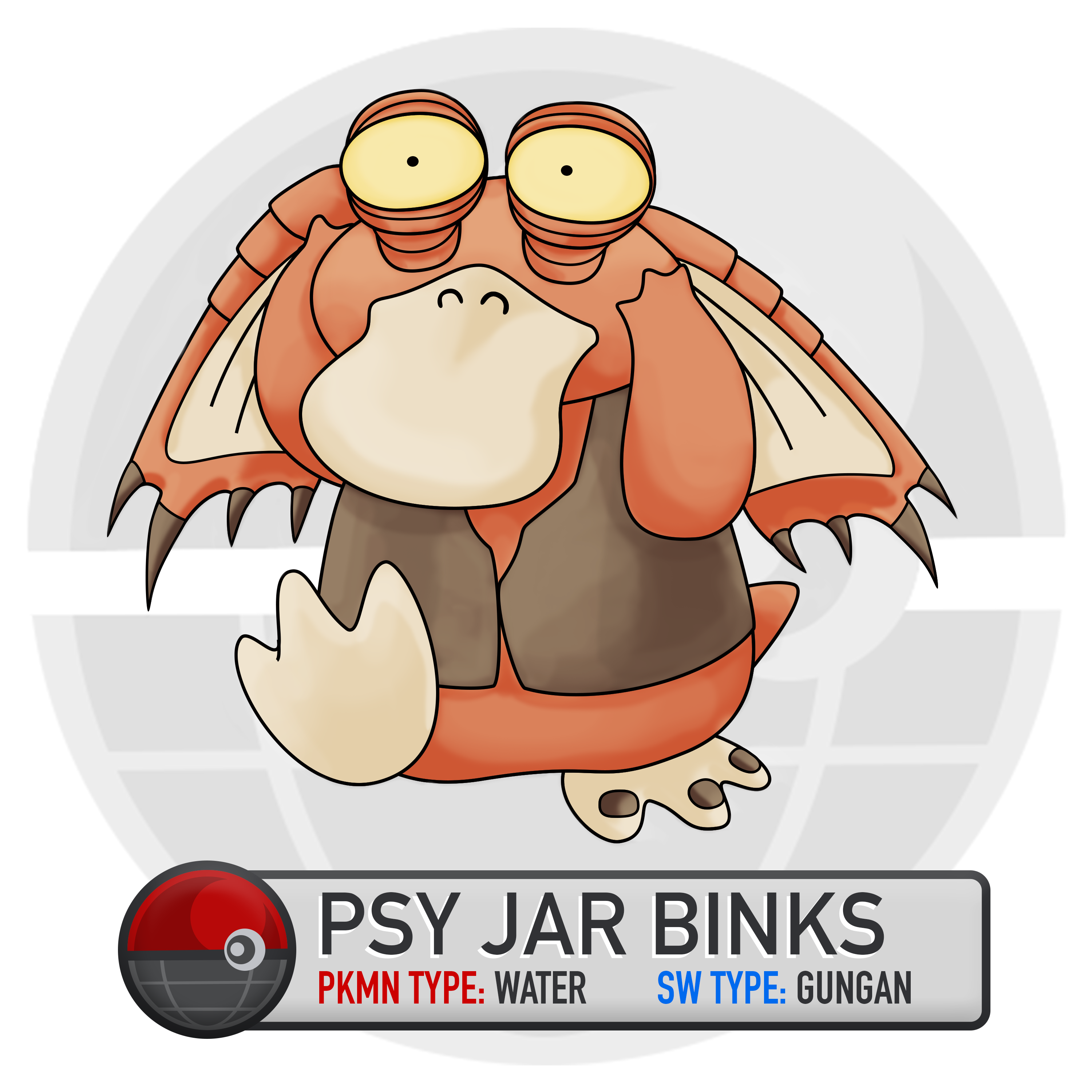 These two go well together: Psyduck always has a headache, and Jar Jar is a headache for Star Wars fans.

Ok, we have to admit that it'd be really cool to see these characters show up in a movie or a video game, but the worlds of Pokémon and Star Wars are probably to expansive for a crossover. Which of our mash-ups is your favorite? Is there a specific Star Wars character you'd like to see as a Pokémon? We really like the idea of seeing Luke Skywalker as Farfetch'd with a lightsaber stalk or some Stormtroopers as Team Rocket. If you're interested in trying to make your own Star Wars and Pokémon crossover, you can check out our Star Wars gifts and Pokémon gifts to see what might work together!