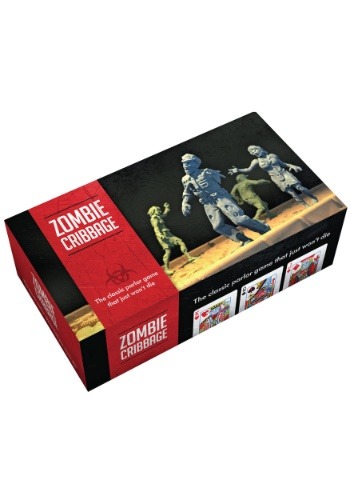 Undying Love of the Game

For the longest time, we were confused by the game cribbage. Part of it was maybe because no one knew the rules enough to explain it to us, but once it was explained, we realized that we wanted more out of the game. More than just the goal of beating your opponent and scoring some major points. We needed a story. Enter Zombie Cribbage. This plastic, folding cribbage board has figures shaped like zombies and the deck of cards also has zombies featured. After playing with this game, all of our concerns went away. Now, not only were we moving quickly around the board to beat our opponent, but we saw ourselves as small hoards of competing zombies rushing to the fresh serving of brains! See? Much more exciting! Cribbage just needed some zombies to spice stuff up. Who knew? Now, what other game could we add some exciting zombies to...?