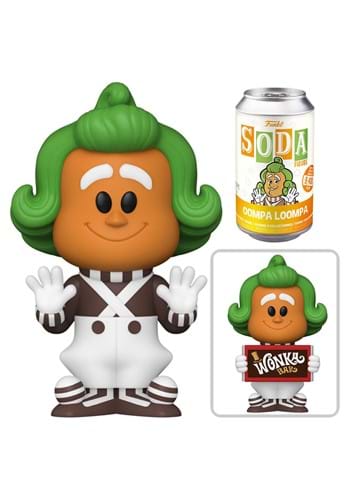 Willy Wonka became famous for his candy. Before he distributed his golden tickets, an air of mystery surrounded his factory, since nobody knew who worked there. We probably would never have guessed that he had Oompa Loompas running the show! This Oompa Loompa Vinyl Figure is a great piece to add to your Willy Wonka collection. They don’t have any golden tickets inside, but if you’re lucky, you might get the chase version, which has this character holding a Wonka bar!