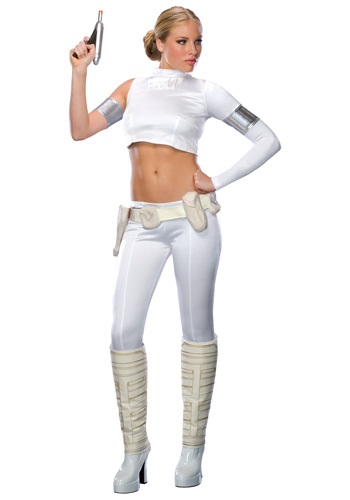 Padme isn't the kind of politician to just wait around on standby. She has no problem jumping to action, and  she'll even fight a few monstrous creatures if the situation calls for it! The whole third act of Attack of the Clones is proof of that! She spends most of that time battling alongside the Jedi Knights.

If you're like Padme and not afraid to stand up to deadly threats, then it's time to get the uniform! This officially licensed outfit will help you step into the role of Padme Amidala!