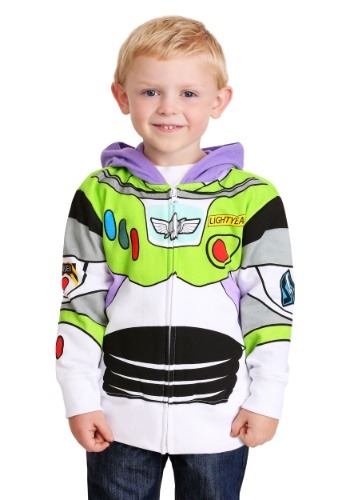 To infinity and beyond! When you’re Buzz Lightyear, you’re the coolest toy on the block. Forget yesterday’s cowboys and dinosaurs, you’re Buzz Aldrin-cum-Luke Skywalker, space age technology, brand spakin’ new, right off the assembly line. You’re tomorrow’s hot new model today. Just make sure it doesn’t go to your head––there’s always that new and improved utility belt model just around the corner to make you obsolete. And after all, you’re just a toy, not a real space ranger.

Unless you are are a real space ranger, that is. Fighting evil emperor Zurg and your old partner Warp Darkmatter with Mira Nova and XL––and no, we didn’t just read the Wikipedia article for Buzz Lightyear of Star Command. We watched the crap out of that show. There wasn’t a Marvel movie every other month when we were growing up––you took all the Buzz Lightyear you could get, and you liked it, darn it. Tim Allen, Patrick Warburton, didn’t matter. So is this the real Buzz or just a deluded toy? It’s all up to the wearer of this Toddler Toy Story Buzz Lightyear Costume Hoodie. If it helps you decide at all, a real Buzz Lightyear toy was taken into real outer space by NASA. That probably only complicates your decision-making. Sorry. He did not, as far as we know, come to life and have adventures on the International Space Station, but doing it when no one’s looking is kind of toys’ thing.

While this Toddler Toy Story Buzz Lightyear Costume Hoodie doesn’t protect against little green men, Zurg, or rough playmates, it does keep any young space ranger comfortably warm while exploring chilly corners of the yard or curling up to watch Toy Story.