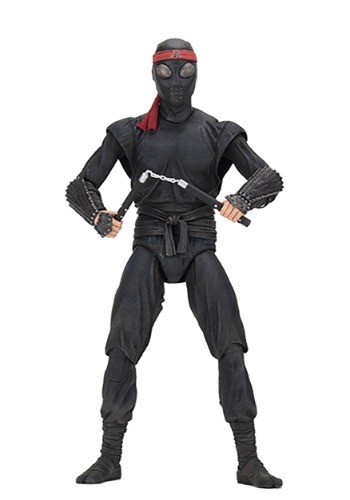 The Foot Clan Soldiers follow the orders of their leader, the Shredder. They fight in large numbers, and their primary adversaries are Leonardo, Michelangelo, Donatello, and Raphael, The Teenage Mutant Ninja Turtles.

They attack the Ninja Turtles as a group but put up little of a fight if they are forced to go one-on-one. It's no wonder why they keep their identities a secret.

Fearful of their master but extremely loyal to him, the Foot Clan Soldiers are trained in ninja mastery. They are willing to enter a battle as one large unit, which size can purportedly overwhelm opponents. In this figure, the Foot Clan Soldier stands 18 inches tall and features over 30 points of articulation, including double knee and elbow joints. This figure is highly detailed and entirely accurate to the movie and comes with an arsenal of ninja weapon accessories.

Come Back for More

To follow through on any number of the Shredder's plans to gain from his illegal activities, they pull together as a large army—an army of masked foot soldiers. They lose but keep on coming back for more in the next go-around with The Teenage Mutant Ninja Turtles.