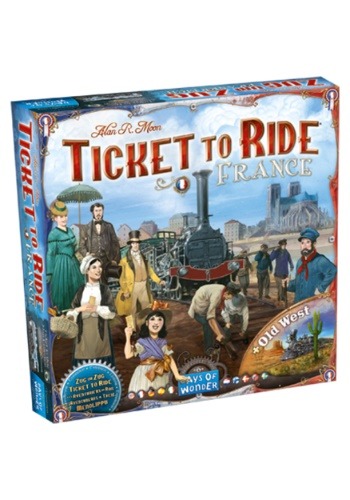 From Paris to Portland

If you're as in to Ticket to Ride as us, then you've played the base map like crazy! You probably already have a favorite strategy and could know where all of the 6 train routes occur. Well, the good news is that Days of Wonder produced this handy little expansion pack to your board game night! It adds new terrain (like Paris and the American West), extra players, and more to your classic Ticket to Ride experience.

So, first off, this Ticket to Ride: France Expansion pack comes with new maps! The double-sided board has a France side, which features famous locations from France, including Paris, Orleans, and more. The other side features the American West, so it has places like Portland and San Francisco. Each map has new obstacles and challenges to overcome, giving you a brand new experience. The game also comes with a new deck of cards to help you play the game and it even has a new set of trains, so you can play with up to 6 players with the expansion!

If you're tired of keeping it in a single country, or you need a way to play the amazing game with 6 players, then add this expansion pack to your Ticket to Ride game set.