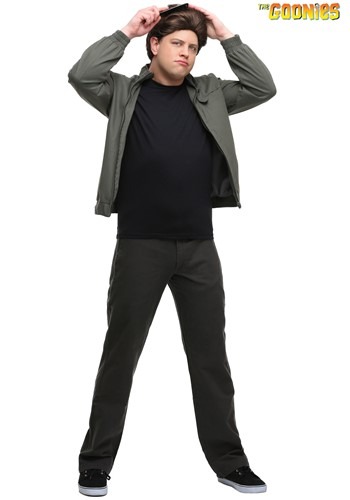 There are smart mouths… and then there are smart Mouths. And there’s no smarter mouth than Mouth from The Goonies. Mouth is always happy to add something to the conversation, even when no one else wants to listen anymore. (Actually, especially after that point.) Whether he’s smarting off to a family of escaped convicts or terrifying a housekeeper with his intentionally mistranslated Spanish, Mouth uses his snarky wordplay to always get the last word.

Then again, we guess no one can get too upset with him since he does use that same Spanish mastery to save everyone’s homes from foreclosure. (We do have to wonder, though, how a 14-year-old with such a good grasp of Spanish can perfectly translate a 17th-century treasure map, preserving the last archaic rhyme, but take so long to understand a simple, repeated request to “Don’t sign!” at the end of the movie.) Now it kind of makes you regret zoning out in Spanish 201, huh? You could have discovered your own pirate ship full of treasure by now!

Well, maybe you can’t follow a treasure map to a secret underwater harbor and uncover centuries-old treasure, but you can still have zany adventures just like Mouth’s thanks to this officially licensed Mouth costume. The costume comes with a Members Only-style jacket that zips on the front and has two side pockets, which you can use to hold the fine-toothed comb that comes along with the look. There’s also a plain black shirt that’s included to wear underneath the jacket, and, of course, a wig so that you can capture Mouth’s 1980s 'do just right.

Once you're geared up in this Mouth costume, all the quotes are certain to come back. You’ll be ready to hunt for treasure in no time! Just make sure to keep an eye out for those Fratellis... but you know what to do if you see 'em!