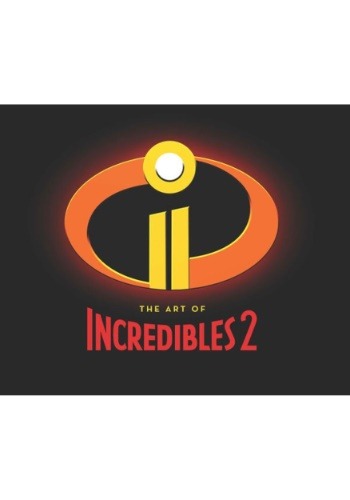 The finished product of a fantastic film like Incredibles 2 leaves us all with a sense of wonder that can seemingly only be reproduced by watching the darned thing a second time!  Then the first film.  Then maybe both again.  Twice?
Well, that might be going overboard just a touch, but who can deny the want to see the amazing creations of Disney and Pixar in rapid succession?  There are other ways, however, and a few of them do not even require your own super powers!

Take a dive into the world of the most incredible family out there anytime you wish with this spectacular book:  The Art of Disney Incredibles 2, hardcover edition.  This 168-page text contains artwork from the film including many of the behind-the-scenes tidbits that you might never otherwise know!  Keep it as a conversation piece on your table or dive into it to learn just how they put together some of the moments that you'll remember the best!

We live in a world with all sorts of often-seen coffee table books.  Heck, we've got one about coffee tables!  But, there's nothing more incredible than a book that lets you get the real secret details about a family of superheroes like this Art of Disney Incredibles 2 hardcover book.  Unmask the truths behind the scenes of this super film!
Product Questions & Answers