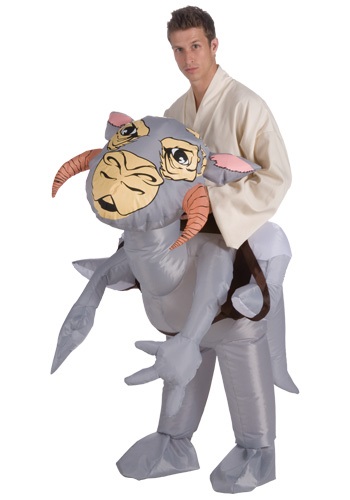 Now, not every place in the universe is going to be especially comfortable.  Generally speaking, we’re all aware of this, but you haven’t seen anything until you’ve decided to go on an extended trip to any of the choice planets of doom in a galaxy far, far away.  There are some real doozies of options, there!  Perhaps you’re looking to get some sun.  Well, how about two of them on a desert planet that’s made of sand, sand, bandits, and sand?  Believe us, this is not the place you want to go to pick up some new scraps.  (Even though it totally is.)

If that’s not to your liking, you can hop over to the exact opposite on the icy planet of Hoth.  There, you’ll wonder if you had ever actually seen real snow before.  This place has blizzards instead of gusts of winds, so you don’t even want to think about what a Hoth storm is like.  Fortunately, there are a few options there that can help ensure your survival.  And, oddly enough, they were invented by a guy who had just as little snow-oriented survival instincts as anyone we can imagine!

So, before you head out to Hoth, be sure that you are fully prepared with this officially licensed Inflatable Tauntaun costume.  The gray inflatable tauntaun piece fits around your waist and can be inflated with a battery operated fan to fill out and bulk up… a necessary thing if you plan on actually using your new buddy as a mount to survive the wilderness of the snowfields.  However… avoid actually cutting into this guy for snowy survival.  The whole inflatable aspect was traded in for lightweight ease but that got rid of all the standard features like skin and toasty guts.  We think this is a good trade.