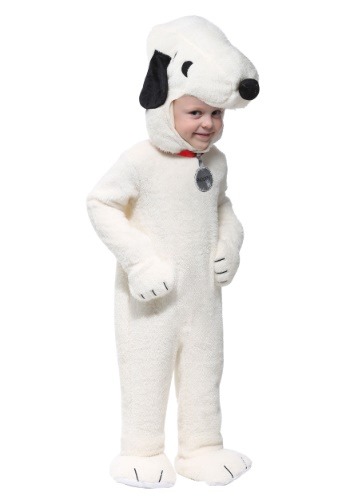 Quick, favorite Charlie Brown character! Well, if you said Snoopy then you're right. That's really the only answer. Who else are you going to name? Charlie Brown? He's such a downer. Snoopy is the best, he's always dreaming something up. He might only have a dog house and a bowl of dry dog food to his name but in his mind, he's having outlandish adventures with his many alter egos.

Speaking of alter egos. Let's talk about them for a hot minute. He's had enemy forces running with their tails between their legs with his intense character, The World War 1 Flying Ace. We don't know how many times he's been on a mission to take down the Red Baron but we've enjoyed every comic strip! He's been a world-famous skier, a world-famous astronaut, and even a world-famous grocery clerk. So, basically a world-famous anything. What a champ! This is a pup who's good at whatever he puts his imagination to. He even got a short story published once, not bad for a beagle!

Now, whatever your little one decides to focus on, they are sure to do a world-famous job when they are dressed up as the adorable beagle from Charlie Brown. The costume is cozy and easy with a zip-up jumpsuit with a dog tail and red collar neckline, a pair of dog paw slippers, and a sculpted Snoopy head that secures with a hook and loop touch strip fastener. Whether your kiddo is going after the Red Baron, they are showing up as Joe Cool, or they're just good ol' Snoopy they are sure to have a lot of fun with this costume. They'd just better work on their Charlie Brown dance!