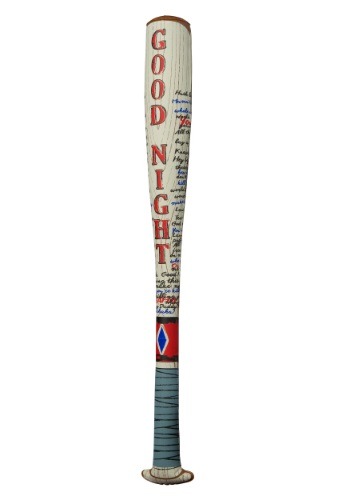 A girl’s only as good as her accessories, and no one knows that better than Harley Quinn. She’s already got a head’s up compared to other villains in Batman’s wide and diverse Rouge’s Gallery... There’s no denying she looks way cooler than the Penguin (top hats are so last century) and Mr. Freeze (what’s with the dorky helmet?). Her sense of style is far more coordinated than Two Face’s or Egghead. Bane doesn’t even try, and the Joker just goes too far, like usual. Yep, Harley’s found a perfect sweet spot with her jester-inspired, black-and-red wear. It’s both sassy and sweet, becoming and a bit off-putting, just like the Clown Prince of Crime’s girlfriend.

That being said, even Harley needs a few special items to bring her to the forefront of Gotham’s fashion scene. Otherwise, Catwoman might steal the limelight with her shiny purple jumpsuit (cats are so in right now!), or maybe Poison Ivy would sneak in like a persistent weed. Luckily, Harley’s got a few tricks up her sleeve, like this Suicide Squad Harley Quinn Inflatable Bat.

Catwoman’s got her whip, and Poison Ivy has her… plants, we guess… but they don’t stand a chance against a good, solid bat! Now, you can wield the same kind of no-nonsense influence with your very own Suicide Squad Harley Quinn Inflatable Bat, which looks just like the one that Harley used in Suicide Squad. The officially licensed bat is covered in printed graphics over the entire surface. And, since it’s inflatable, it’s way easier to carry around than Harley’s actual weapon of choice. Now that’s fashionable and smart!