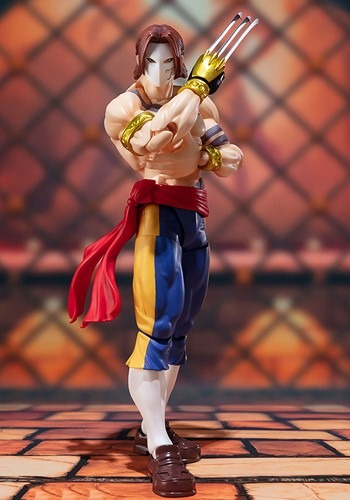 We're not really sure of that's true, but Vega from Street Fighter is definitely convinced of it. And he's definitely one handsome guy. He's also incredibly vain, but as he'd point out, how could he not be with his chiseled features?

Personally, we'd much rather have Vega on our team than have to fight against this claw-wielding fighter from Spain. For one, we would never know who exactly we'd be fighting because of Vega's dual personality. (Then again, it wouldn't really matter because we'd still lose either way!) Plus, since Vega tends to go after things he thinks are "ugly," that doesn't really bode too well for us...

If you think you're a match for the Spanish Ninja, take him home with this Street Fighter Vega Bandai S.H. Figuarts Action Figure. The officially licensed figure stands about 7 inches tall and comes with a second head sans mask (to show off his beautiful face, of course!), optional hands, brown claw hands, a display stand and a fence backdrop. You'll be ready to take on any competition—and look great doing it!