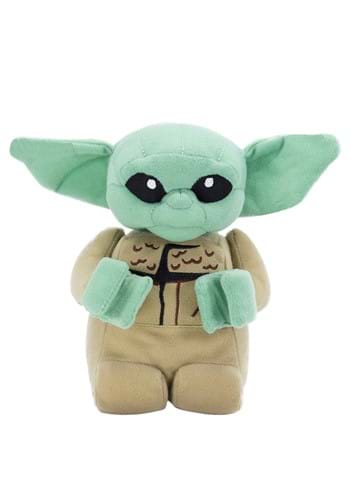 LEGO and plush? That sounds like a match made in heaven! Anyone who's ever left an errant LEGO on the floor, only to step on it later, has had the same experience. Usually is a yelp of pain, followed by a little bit of shouting. This Star Wars LEGO The Child Plush captures that building block style but puts it into an extra soft toy. Instead of accidentally stepping on it in the living room, you can cuddle it up! It's officially licensed from Star Wars: The Mandalorian and he'll be your new favorite LEGO character to hug.