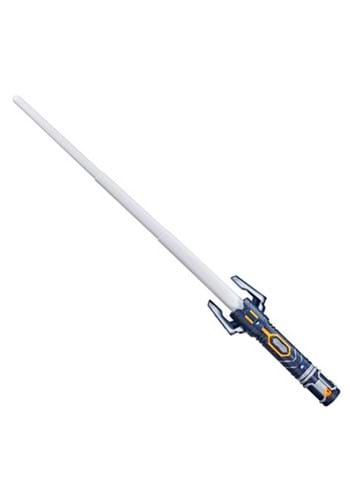 Ahsoka Tano has been through many trials and tribulations, even for a Jedi. She technically is no longer of the Jedi order, due to her being framed for blowing up the Jedi temple. Obviously, the virtuous and wise Ahsoka would never do this. Still, by the time the trial was over, Ahsoka was already disillusioned with the Jedi and how they operated, so she left the order. Being a lone Jedi Knight in this world can be a tough thing. Luckily for former General Tano, she has all the tools she needs to survive and bring order to the galaxy: her wit, her strong connection to the force, and her amazing white lightsabers.

Did you know that lightsabers usually only come in a few colors? In order for Ahsoka to make her lightsaber white, she had to purge the evil from a Sith lightsaber, a very rare feat. Well, if you want to support Ahsoka on her quests, you have to pick up our Star Wars Forge Ahsoka Tano Extendable Lightsaber. For fans of the Forge series, you can even interchange parts with other sabers! Any Star Wars fan or fan of the former padawan will force jump for this officially licensed Star Wars Forge Ahsoka Tano Extendable Lightsaber!