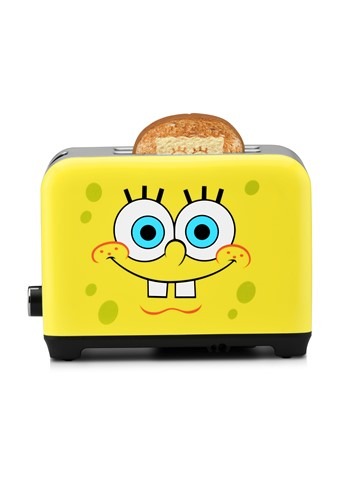 Who lives in a bread slice in your kitchen? Spongebob Squarepants!? We thought it was a pineapple under the sea, but according to this officially licensed Yellow Spongebob Toaster, he's seeing more of the world. Give your kids the gift of some really fun dining times when they spread jam and butter over the grinning face of their favorite cartoon character.