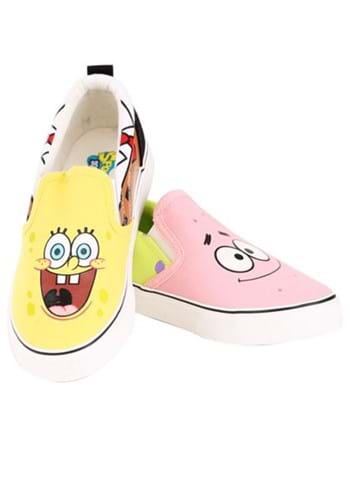 Some kids just don't like putting their shoes on. Why? We're not sure. But how many times have you been held up due to your child refusing to put their shoes on? Well, we have the solution. When your child has SpongeBob and Patrick on their shoes, they'll be ready to slip them on at a moment's notice! These officially licensed SpongeBob SquarePants shoes from Nickelodeon are made out of a canvas material and feature anti-skid rubber soles. One shoe is designed to look like SpongeBob ad the other has Patrick designed into the top. And since they don't feature laces, all your child has to do is slip them on and they'll be ready, just like SpongeBob!