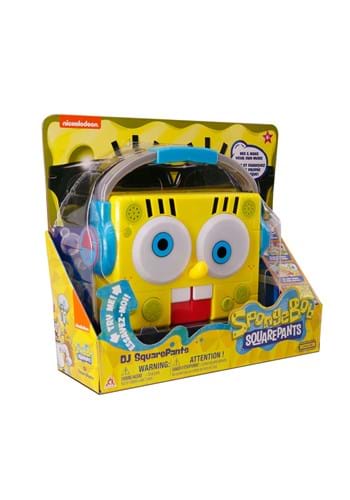 There's a certain musical genius who lives under the sea. And we're not talking about Squidward! Spongebob Squarepants might not strike us all as the most melodic of undersea creatures, but it turns out that he makes a pretty snazzy DJ! With this officially licensed toy, your tykes will be able to play a wide assortment of zany sounds, a few funky tunes, and even record their own voice to be played over... and over! They might even master the Spongebob giggle!