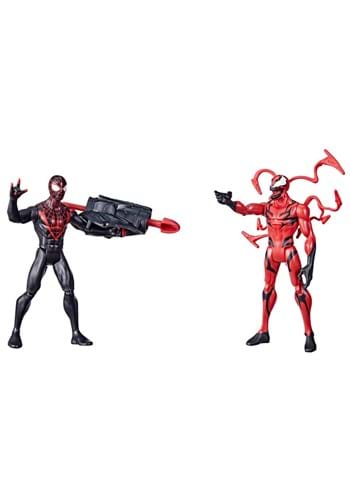 Carnage was initially introduced as Venom's villain. At the time, Venom was still considered a bad guy, but he was gradually making his transition to anti-hero. Because of that, Carnage became the most immense and most terrifying symbiote we had ever seen to date.

Miles Morales has also had run-ins with the notorious looney but is better equipped to handle him due to his abilities. If you are a fan of either Carnage or Spider-Man Collectibles, pick up this Spider-Man Miles Morales vs. Carnage 6" Action Figure Battle Pack.