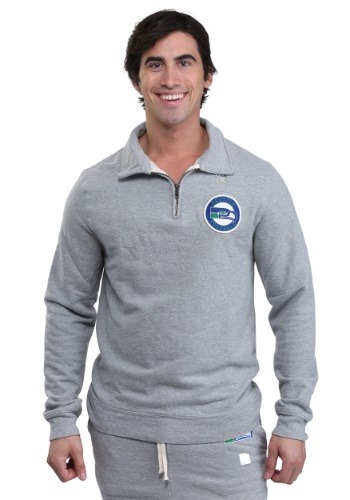 Go Seahawks! The northwest football team has some of the most enthusiastic fans in the world. They've set the Guinness World Record not once but twice for the loudest crowd noise at a sport event. The crowd just wants their team to know that they're ready for their fourth Super Bowl! Maybe the chance will come this year when you wear this officially licensed Men's Seattle Seahawks Side Line Quarter-Zip Sweater. With its official logo patch and warm cotton fabric, it's just right for wearing while you scream support from the sidelines.