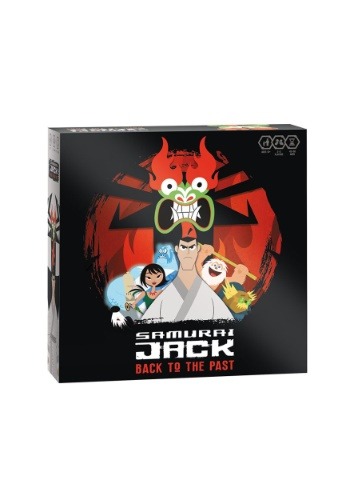 Samurai Jack Gotta Get Back Board Game

Back to the Past

The final battle is upon us! Aku and the Samurai simply known as “Jack” are finally going to finish the battle that began so long ago. The journey to this moment has been long and arduous. Jack has undergone struggles that no man can do alone… and he’s not going to be able to defeat Aku without the help of his friends!

Samurai Jack: Back to the Past is a board game that puts you and your friends in control of Jack’s stalwart allies from the cartoon series. As Jack and Aku duel, you must fend off nightmarish dangers that seek to break Jack’s psyche. You must cooperate with the team to keep Jack fighting, all while trying to attain the highest honor by the end of the game!

The Samurai Jack Board Game is based on the legendary Genndy Tartakovsky animated series. It comes with a game board, game tiles, cards, tokens, and 7 vinyl figure game pieces, which include: Jack, Aku, Ashi, The Scotsman, The Monkey Man, Sir Rothchild, and Max. Each character has their own special abilities in game to help Jack defeat Aku. The game is intended for age 13 and older and can be played with 2 to 5 players. Aku doesn’t stand a chance.