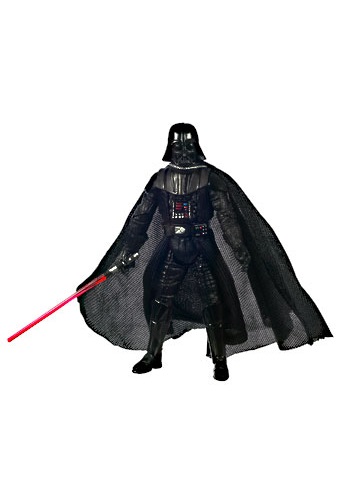 Includes & Highlights
Item #HA89105
Items Included
Product Highlights
Product Description
Anakin Skywalker's growth into a Jedi, evolution to the Sith Lord Darth Vader, and his ultimate redemption by his son, Luke, is the central story of the entire Star Wars universe. This Saga Legends Darth Vader Action Figure represents him at the height of his Dark Side power. The figure comes with a set of battle gear, though Vader himself probably wouldn't want to use a weapon as clumsy as a blaster.