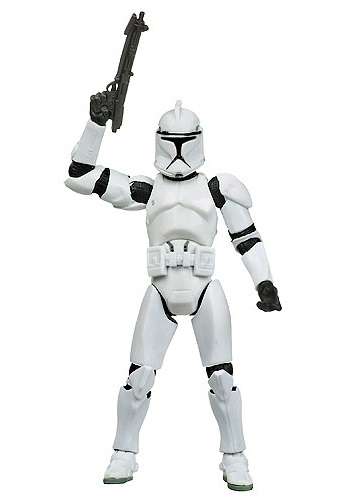 Includes & Highlights
Item #HA89033
Items Included
Product Highlights
Product Description
Clone Troopers made their first appearance in the Battle of Geonosis in Star Wars Episode II: Attack of the Clones, fighting for the Old Republic against the Trade Federation separatists. Add this Saga Legends Clone Trooper Action Figure to your collection and re-enact that epic battle that began the Clone Wars. You probably don't need 192,000 Clone Troopers like the Jedi had, but you might want more than one!