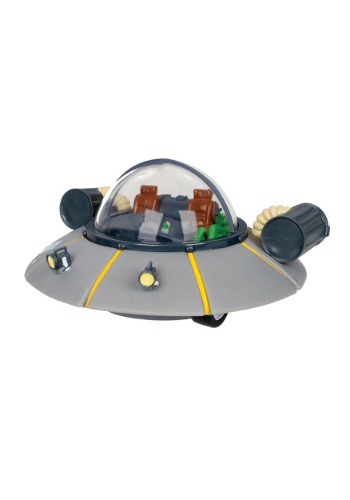 We’re not actually sure that it’s a good idea to leave your hard-earned cash with Rick Sanchez. Knowing him, he wouldn’t think twice to use it to fund some kind of ray-gun that transforms people into slugs because… well, science. Instead, you should put it in this officially licensed piggy bank from Rick and Morty! It’s not shaped like a pig at all—it’s shaped like a spaceship that’s designed by Rick himself.

That’s right, this Rick and Morty Ship Collector Coin Bank will store all of your coins as you save up for you a wacky adventure of your own. Or maybe you can diligently save up to buy your own Mr. Meeseeks Box. You could even help send Squanchy to rehab with your savings. The world is truly your oyster, but first things first—you need to start saving up by using this Rick and Morty Piggy Bank (that isn’t actually a pig).