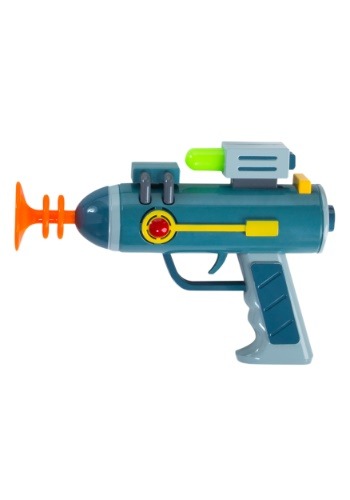 THE COUNCIL IS CALLING

You know that blissful moment when you can lean back, relax, sip on a nice drink, and just sigh in the pure comfort of knowing that everything is going to be okay?  Well, that is what the Council of Ricks is waiting for!  Taking a page from the Zigerions, you've been bamboozled!

Since you can't just crash the holographic simulation that you're living in, the next best thing is to convince the Ricks and the rest that folks and farks better not mess with your deadeye shot!  (At least until you can get that portal gun working again.)

Unleash Rick-level recklessness with your own Rick & Morty Laser Gun.  This plastic toy gun has the perfect mix of real life and cartoon fun thanks to its perfect replication of the blaster used frequently by the two in the show.  The bright colors will keep your fun fully animated while it'll keep the Council of Ricks away.

Anyone who has seen alien species knows that they often have weaponry that can bring some serious devastation, but the best alien blaster isn't one made by aliens... but the ones Rick makes to shoot them!  Fully functional on holographic simulations.