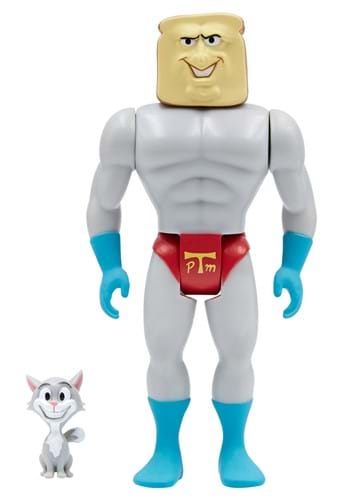 Ren and Stimpy is a weird cartoon. And that's saying something for a 90s Nickelodeon show (they were all pretty odd, but man, Ren and Stimpy take the cake). For some reason, we always equated Powdered Toast to Cinnamon Toast Crunch. It wasn't until we rewatched the show that we realized that Ren and Stimpy were actually trying to market toast that is made from powder. Aren't those just crumbs, technically? If you were a fan of the strange but iconic cartoon, you must check out our officially licensed Ren & Stimpy Wave 1 Reaction Figure - Powdered Toast Man.