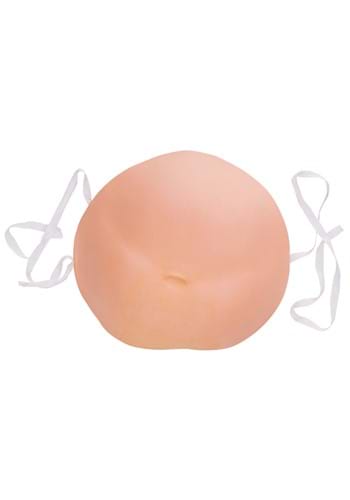 The Birth of an Amazing Costume Idea

There aren’t many things more frightening in the world than a pregnancy scare. The thought of suddenly having something alive in your belly and waiting to burst out. Yuck! It’s like those creepy aliens in that movie... Alien. Then once it does break free, unlike those ugly little buggers in that sci-fi flick, you have to raise it as your own and deal with all the diaper changes and crying. Those scientists in that horror film got off pretty light if you ask us.

Pregnancy doesn’t only have to be terrifying, though. We mean, besides it being a ‘beautiful miracle that brings joy and life into the world’, it can also bring a couple of laughs this Halloween. Have tons of fun when you turn standard issued costumes into something hilarious by simply adding this Pregnant Tummy prop. Nuns, dancers, superheroes, the possibilities are endless, its all up to you how you spread the laughter!

This phony Buddha belly is flesh-toned, approximately 15” across, and is designed with ties around the waist. It is constructed of lightweight foam so it holds its form. The belly button is molded on to the imitation tummy.

No One Will Be 'Expecting' This!

You’ll be glowing this Halloween when you show everyone this unexpected surprise. Just make sure you don’t do the worm out on the dance floor… some people may not see the humor in a pregnant lady repeatedly smashing her stomach against the ground. We get it, it’s just not for everybody.