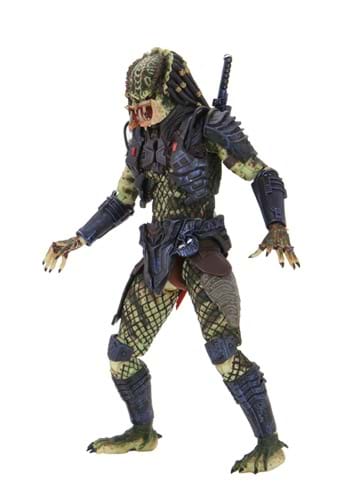 Lt. Harrigan has seen it all. He's tracked down deadly drug cartel members. He's seen the aftermath of turf wars. He's even seen an intergalactic alien who hunts anything that it considers as "worthy game" and lived to tell about it! He's probably a bit too old to go hunting down aliens these days, but when you get this Predator 2 Ultimate Armored Lost Predator Figure, you don't have to do much hunting to see an alien! This figure recreates the classic character from Predator 2. It's made of molded plastic and comes with a variety of accessories.