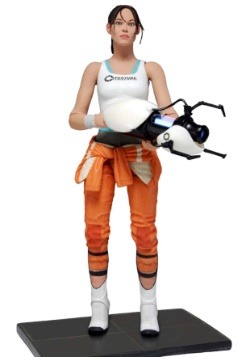 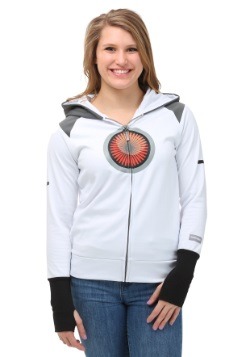 Video games have come a long way! Plumbers jumping down tubes and rotating floating blocks was everything needed to create a great game. These days, video games are mostly about shooting things or blowing stuff up. It’s hard to play a game that doesn’t have all that crazy, over-the-top violence. That’s why Portal might be one of the most refreshing games to come out in ages. It’s not about blasting stuff with machine guns or lobbing grenades at people. It’s about teleporting around rooms using crazy-advanced technology… and okay, sometimes things blow up, but not like they do in the other video games.

It’s really no surprise that Portal has such a large following since its original release back in October of 2017. The game was developed by Valve, the genius crew that brought us the equally engaging Half-Life games, the Counterstrike series, as well as the thrilling zombie series, Left 4 Dead. Portal places the player in control of Chell, a test subject who must navigate her way through a now defunct laboratory. She must dodge turrets that have gone haywire and ultimately earn her freedom from the Aperture Corporation. It used platforming and puzzle solved to keep players enthralled and to this day many video game fans are still hoping for a third installment of the series.

If you can’t tell by now, we’re huge fans of the game, which is why we’ve even put together some of the coolest gear available. We’ve scoured the Earth attempting to find collectibles, apparel and cool gadgets based on the iconic games series. If you love Portal, or you’re shopping for someone who does, then you’ve definitely come to the right place to find the perfect item.

In our extensive lineup of Portal gifts, you can find plenty of apparel, including some standard t-shirts with the Aperture logo on them. We also have various items that will help you cosplay as Chell, the main character of the video. We have a full-body jumpsuit for women so you'll instantly transform into the popular character. The officially licensed jumpsuit is designed to look like Chell’s costume from the game. We also have plenty of accessories to pair with your outfit, including a men’s belt based on the Aperture logo and various different earring styles. Of course, we also carry collectible Funko Pop! Vinyl figures, including Chell, Atlas and some of the turrets. Be sure to check out our stylish apparel for women, including hoodies and skater dresses. There are so many ways to show that you're a die-hard fan of the popular game.

There’s absolutely no reason for you to miss out on our awesome Portal gifts. With a great selection, you’re sure to find something you'll love. If you’re looking for something specific that’s not in our selection, be sure to let us know in our customer service chat! We’re always looking for new ways to improve our lineup of collectibles and apparel based on your favorite video games.