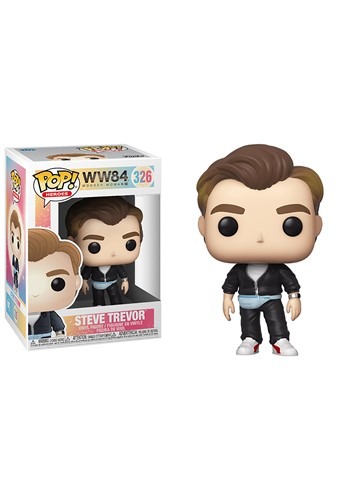 When you go missing on a mysterious flight, it's generally expected that you won't show up again. That's not true in the DC Universe, though! First, Steve Trevor showed up decades later without aging a day in Wonder Woman 1984. What's next? Well, it seems that joining the world of Pop! Heroes is the surprising answer, this time. Bring home this Steve Trevor figure from the epic Wonder Woman 1984 film and join in on the next adventure. (Don't forget your belt bag!)