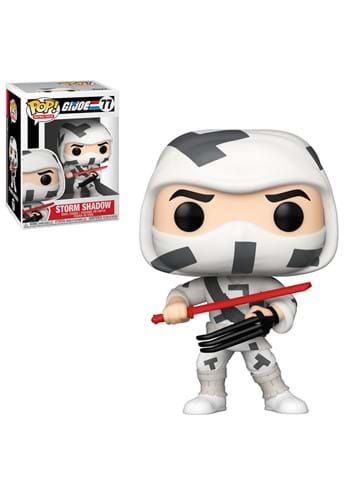 There are some conflicts that last an eternity. There's the unending battle between cats and dogs. There's the war between ketchup and mayo. And then... there's the feud between Snake Eyes and Storm Shadow. Those two skilled ninjas will never be able to put aside their differences! This Funko POP! G.I. Joe Storm Shadow Figure brings you Snake Eyes' arch-nemesis, complete with his weapons in hand. This figure stands nearly 4 inches tall and he's ready to battle it out one last time!