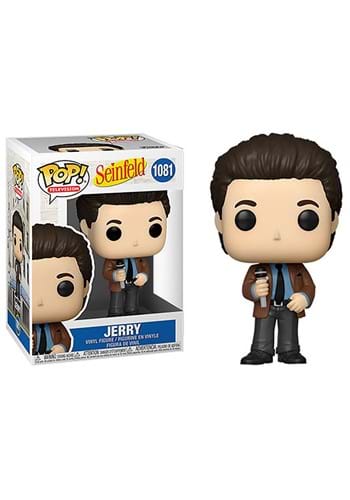 What's the Deal with the Deal?

Everyone who knows anything about Seinfeld knows that the infamous stand-up comic wants to know "What's the deal with" all sorts of things! Of course, that's all part of the joke. Nobody needs to ever answer the question! But if the mere quote brings to life all of your 90s observational comedy and you can hear Jerry's voice in your head, then this Pop! TV: Seinfeld Jerry Doing Standup vinyl figure is for you! That's the deal with 90's comedy!