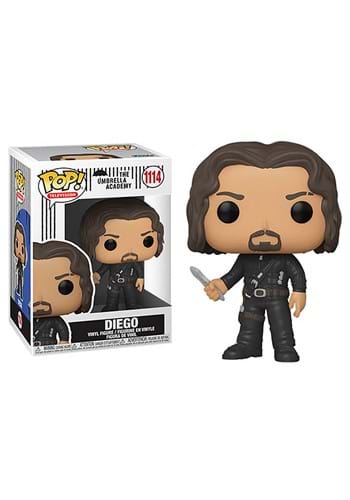 Collect one of seven Hargreeves children by grabbing this officially licensed Funko POP Television: Umbrella Academy-Diego figurine first (or, uh, second.) The broody, rebellious Hargreeves is out to prove himself to the world (and to the other Pops on your shelf.) Diego is a martial artist and weapons master, and the Pop version of him comes armed with the cutest knife belt and throwing dagger you'll ever see. This 3.75-inch figure can stand by himself and his head rotates to see every danger around him. He started out as one of 43, but he'll quickly find his way as #1 in your heart.