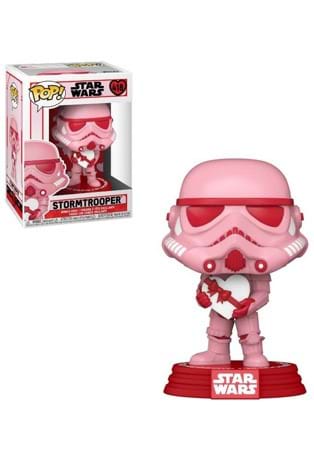 Both the Republic and the Empire had some lofty and creative ideas for the uses in their Clone fighters. Sure, they all did a decent job in their standard white gear. But, Flametroopers and Paratroopers instantly showed huge promise! Now, we can't say that the division of chocolate-toting troopers were really a tactical choice, but you can't argue with the fashion statement! Bring home your very own candy clone with this POP! Star Wars: Valentines Stormtrooper this year!