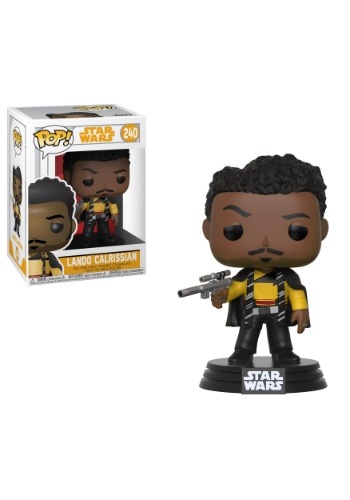 Everything You've Heard about Me is True

Some call him nothing but a villain. After all, we heard a story about him betraying Han Solo in Star Wars: The Empire Strikes Back. And the stories about him are all true, so be must be bad, right?

Wrong! Way too many people judge Lando Calrissian unfairly. The guy was in charge of an entire community on Cloud City that was living under the radar of the Empire. One wrong move from him and the Empire would swoop in, do unspeakable things to the people that were looking to him for leadership, and there goes Cloud City. Right down the tubes. Han may have been his friend, but if he refused to give him up to the Empire, he'd be endangering countless lives. Sometimes, being a good leader is about making hard decisions that aren't always pretty and we respect that in Lando, even if his actions in Empire Strikes Back did sort of muck up the plans of the Rebel Alliance.

Of course, young Lando Calrissian, from Solo: A Star Wars Story, is all about swagger and skill, which has been fully fused into this Lando Funko POP! bobblehead figure. The licensed figure gives you the suave character in a small, collectible package that will look great in your collection. This little Casanova even wiggles his head around, since he's a Star Wars bobblehead POP!