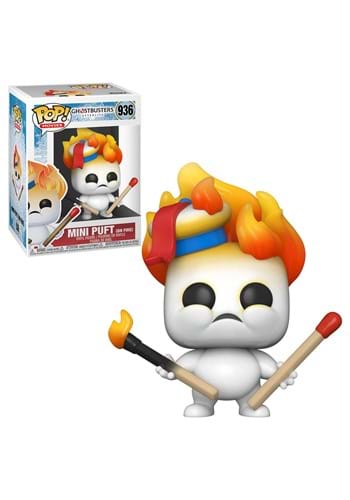 Who Wants Some Possessed S'mores?

When you're a Ghostbuster, you have to keep your eyes peeled and your wits about you! Even the most ordinary of objects can be homes to some incredibly deadly spirits. Don't be fooled by cute creatures, either. When Gozer rises for the second time, its appearance will summon its hideous AND its squishy-adorable minions. This officially licensed Funko POP! Movies: Ghostbusters: Afterlife- Mini Puft on Fire Vinyl Figure holds two faux matches and has a fully rotating head. It's a scarily sweet addition to your collectibles!