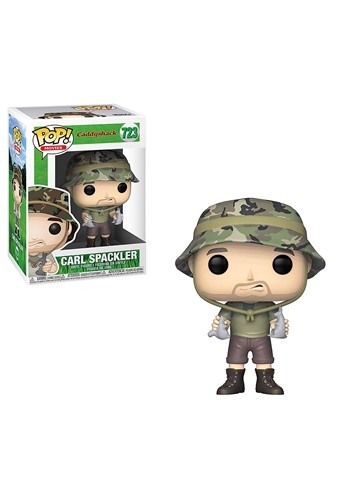 And knowing his enemy is what Carl Spackler does. The enemy? Gophers. The time? now. He will use superior intellect and superior firepower until the enemy vermin has been irradicated from the golf course. Don't be surprised if you see Carl crawling around on the ground in full camo. That's how he really learns to understand them. This POP Movies Caddyshack Carl Spackler figure features Carl with his squirrel and bunny dummies, preparing to take down the enemy. He's about 4 inches tall and officially licensed. Don't worry about Carl. He has a license to kill gophers, so he's got that going for him. Which is nice.