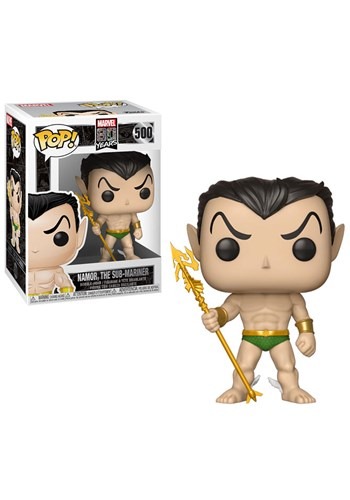 Who's strong enough to throw tidal waves from their underwater kingdom? Obviously, only Black Panther's greatest foe, Namor, can do that. So get yourself this Pop! Marvel 80th Anniversary of his first appearance Namor Bobblehead Figure and watch the King of Atlantis challenge the Wakandan kingdom once more!