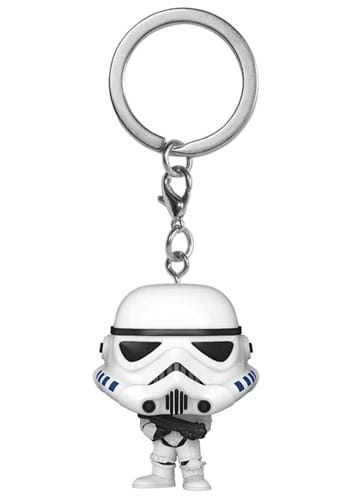 Do you ever wonder if the Empire is disappointed in Stormtroopers' performance? Like, after all those years of training in the range and marching here and there, they still can't seem to hit a stationary Wookie from 20 yards out! Maybe the Empire could use some introspection; someone go audit their training systems!

This cool Funko POP Keychain: Star Wars Classics- Stormtrooper Vinyl Figure is one-and-a-half inches tall and hangs from a 1.25-inch split-ring metal keyring. Its big Stormtrooper head rotates, too! Last, it's officially licensed, so you know the Empire's higher-ups approved this one personally.