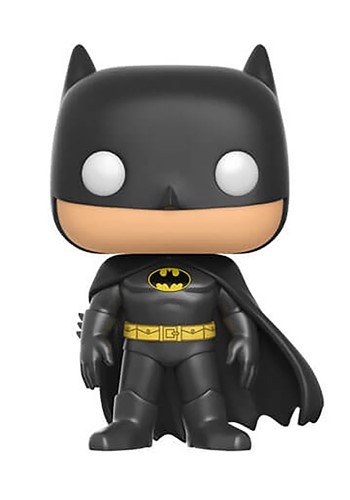 When tough times hit Gotham, there's always one guy who's ready to swoop in and save the day. The one, the only Batman! It turns out the folks at Funko are fans of Batman's legacy, because right at his 80th anniversary, they've molded him into a brand new Pop! form the likes of which few have ever seen. The extra super-sized Pop!. Super-sized Pops are nothing new, but this is definitely the biggest one you've had the opportunity to grab, as it stands at a ginormous 18" tall. Get it to proudly display your Batman pop culture affinity!