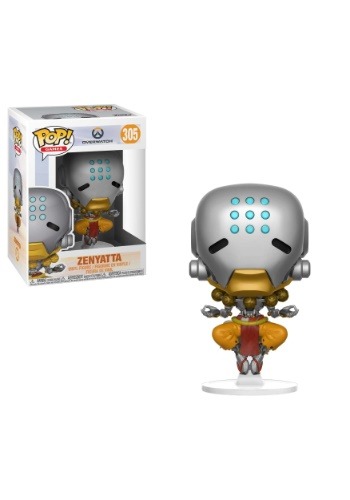 Be All that You Can Be

Overwatch has opened our eyes. Anyone can really be anything. There’s a gorilla that wields a Tesla Cannon. There’s a hamster that drives a giant mech. There’s a rollerblading DJ that fights bad guys using music. So, why wouldn’t a robot be allowed to become a peace-loving religious leader?

Zenyatta is a philosophy-loving robot, who’d much rather heal his allies than hurt those who would call him a foe. Unfortunately, that’s not always an option for him and sometimes he just has to join his allies in battle. Of course, when you have this Funko Pop vinyl version of the character, you can let him indulge in his peace-loving ways.

Yes, this Funko Zenyatta Pop vinyl figure likes to just chill on desk with the rest of your Overwatch collection. What does he think about? We assume world peace, but the included stand helps keep his contemplative stance all day long. He has molded details from the video game and he even has his crazy orb necklace around his neck.

This figure is perfect for any fan of Overwatch, but it’s also a great reminder of the unlimited potential that rests inside all of us… even if you happen to be a robot.