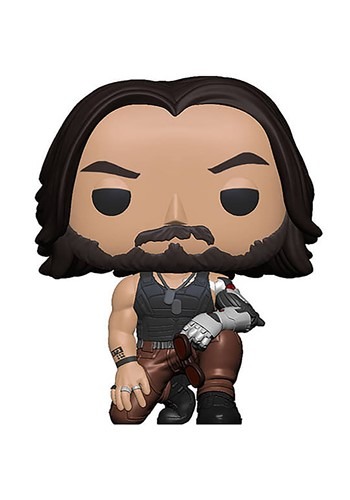 Take a Moment for Fallen Friends

People have been asking, "Where's Johnny" since 2013. The rocker of Samurai and the lead of the rebellion isn't the kind of guy to vanish just because of a creepy cyborg! It is possible that Johnny has just been in a sullen silence for a while given all that went down. Help get him back on his feet and take down the next generation of corruption in Cyberpunk 2077 with this officially licensed Pop! vinyl figure of Johnny Silverhand at your side.