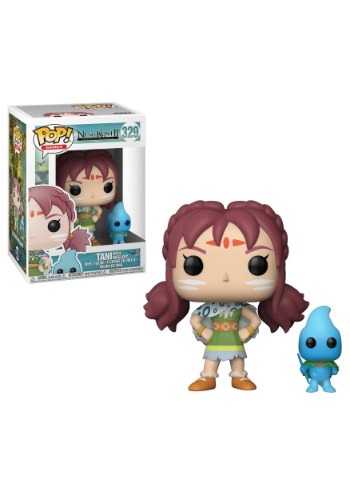 Friend of the King

Becoming a king takes a lot of work. In fact, if you don’t have help from some pretty tenacious friends, you’ll probably never be able to rule. Maybe that’s why Evan is such a good king! After all, he has the best friend a guy could ask for, Tani.

Let’s see, she’s a sky pirate, which means she’s pretty good at piloting a glider. She’s handy with a bow and arrow, so she won’t back down if a big bad boss shows up! Maybe you could use a stalwart ally like Tani to go along with you on your travels!

This Ni No Kuni 2 Pop! Tani figure is a great recreation of the spunky character from the video game. She has the classic Funko features of a Pop! vinyl, like those big black eyes. She’s wearing her standard outfit from the game and she even has a nice little cape to complement her outfit. To top it all off, she comes with a little blue Higgledy figurine. She’ll be ready to guide you on your journey to become the ruler of Evermore… or at the very least, she’ll look great hanging out with the rest of your Ni No Kuni II: Revenant Kingdom collectibles.