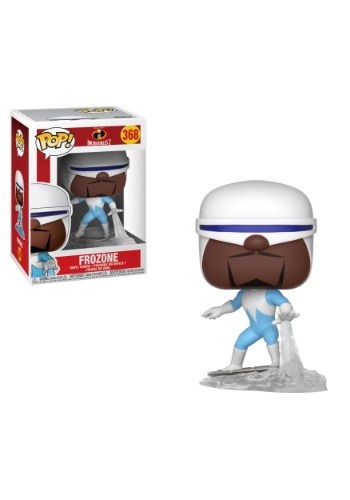 THE ICE AGE IS REAL

There are certain heroes that are always going to make the first page of the paper for their heroics and it tends to be all centered on which powers they have.  The more powers at once or the more intense they are, the more likely they'll make it.
But, oddly enough, some powers just have you a little bit iced out.  If you have the talent to chuck out some chill winds or skate down a path of ice, folks seem to think that you're just good at winter fun!  There's a heck of a lot more to it!

Show your frosty pride by giving this officially licensed POP! Disney Incredibles 2 Frozone Figure a little time in the sun.  This 4" tall vinyl figure stands proud despite having a rather short stint in his previous heroics.  But, his latest heroics are bound to give this snowy savior a bit of a big head.

CHILL OUT WITH THE REAL ICED MAN

Everyone wants a cool friend to call their own.  And, you can never have enough of them!  Increase your street cred with this POP! Frozone super friend and know that, no matter what is going on in the world, you are going to be able to chill out like nobody else!